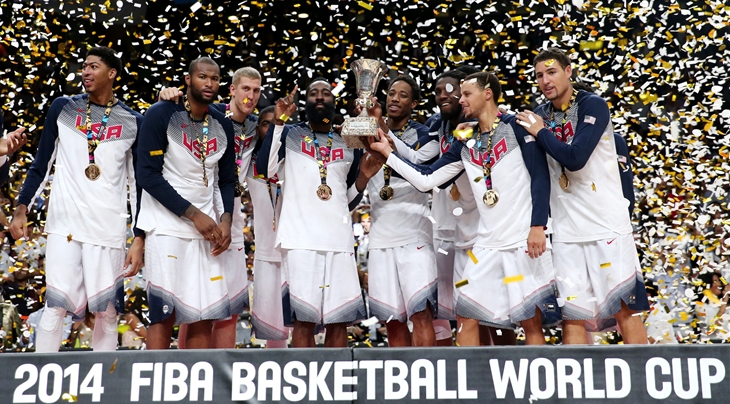 MIES - FIBA's Executive Committee met for the first time in 2015 on Thursday-Friday 12-13 March, with a number of important decisions and valuable information coming out of the two-day meeting.

The nine-person panel was happy to confirm that 2014 had been a successful financial year. Thanks in large part to the staging of its flagship event, the FIBA Basketball World Cup, in Spain, it reported a net income of CHF 16.5 million had been generated.

This constitutes a solid basis in order to invest in the numerous projects FIBA has for the 2014-2019 term of office.

An important milestone was achieved with the confirmation that the mandate of the Boston Consulting Group (BCG) - the global management consulting firm hired to align the structure in accordance to the strategy of the new governance under ONE FIBA - has come to an end. A final report was presented, following 12 months of work carried out with FIBA's five regional offices since the Extraordinary World Congress held a year ago in Istanbul.

In line with FIBA's main prerogative for the 2014-2019 cycle being the support and development of its National Member Federations, the Executive Committee approved a large scale assessment programme which is to see some 360 visits across the world take place over the coming years. This is to help ensure that, in view of the new competition system coming into effect in 2017, as many national federations as possible are ready to compete at the highest level and field competitive teams in the qualification process of flagship events.

Looking ahead to future editions of the FIBA Basketball World Cup, it was confirmed that the 2019 event will be played in Asia with China and the Philippines as the two candidates left in the race to host it. FIBA's Central Board will make this final decision at its meeting in June. Meanwhile, Germany, Turkey and Qatar are the three bidding to stage the competition in 2023, with a decision on the host expected in 2016. The Evaluation Commission is expected to visit the bidding countries once the 2015 continental championships have concluded.

On the matter of National Member Federations, the Executive Committee was pleased to announce that Kosovo's membership to join FIBA had been accepted, making it the 215th member of the world governing body of basketball. It also said that good progress was being made by the Japan 2024 Task Force, which is working toward solving the issues that led to the country's national basketball federation being suspended in late 2014.

FIBA is also set to start the evaluation process to determine if, as the host country, Brazil is to have automatic places in the Basketball Tournament at the 2016 Rio Olympics granted to both its men's and women's national teams. A decision is expected to be made in June.

Also on the matter of Olympic Games, the Executive Committee took note that Saitama Super Arena will host the Olympic Basketball Tournament at the 2020 Tokyo Olympic and Paralympic Games. Having hosted the Final Round of the 2006 FIBA Basketball World Cup, the facility is well-suited for the basketball community.

Other information and decisions shared included:
- The Executive Committee accepted a request to have FIBA Oceania's Regional Offices be relocated from Canberra to Southport (near Brisbane).
- The Executive Committee was given a progress report on the remodeling of the European club competitions; it gave the green light to continue with the work, and if required by the project, to invest significant funds together with FIBA Europe.

The Executive Committee will reconvene on 16-17 June, before FIBA's Central Board holds a three-day meeting (18-20 June). The main topic on the agenda will be to determine the host for the 2019 FIBA Basketball World Cup. 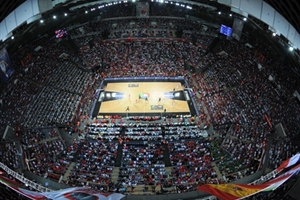 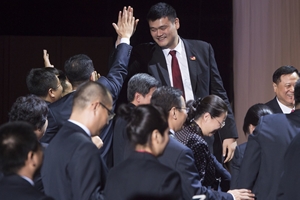