MUNICH (Germany) - On a frantic 13-game slate, it was unlucky for some, but delight for the neutrals with plenty of drama and excitement to conclude the Gameday 1 action in the FIBA Europe Cup Regular Season.

Tsmoki-Minsk were amongst the victors on Wednesday as they had to survive an 18-point comeback from Peristeri Vitabiotics for a thrilling 87-85 victory in overtime on home soil.

Vladislav Blizniuk was the hero for the hosts with the game-winning driving layup with 20 seconds remaining with five players in double figures in the victory. As for the visitors, Terran Petteway had a game-high 20 points in vain as they almost pulled off a miraculous recovery.

HAKRO Merlins Crailsheim made a winning start to life in FIBA Europe Cup as they overcame a slow start to beat Bakken Bears 91-78 away from home. TJ Shorts starred with a 24-point haul in the win for the German side with Elias Lasisi adding 21 points from the bench.

"We are very proud of this success against a team that is very difficult to play. And, at the same time, this is a great moment for the HAKRO Merlins Crailsheim, which we all enjoy together today," commented head coach Sebastian Gleim.

Meanwhile, Avtodor Saratov claimed the scalp of Casademont Zaragoza in a convincing 100-80 victory against their Spanish opponents. The home side poured in 60 points in the second half with 32 in the fourth alone as they turned on the style for the win.

Zeljko Sakic top scored with 19 points along with 6 rebounds and 5 assists in the win, with Jaron Johnson weighing in with a further 18 points in support from the bench and Phil Scrubb had 16 points.

"Obviously it was a game against a high level opponent that was causing us a lot of troubles. In the third quarter, our guys started to bring much better defence first of all and then some shots went in. I'm really satisfied with our performance today," said Avtodor head coach Emil Rajkovic. 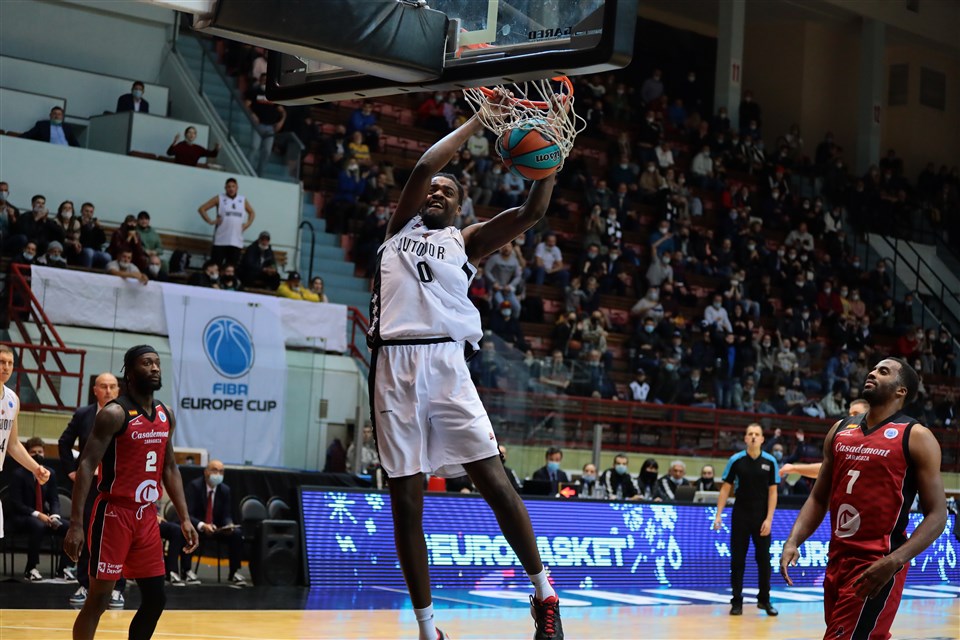 Also moving to 1-0 in Group D were Unahotels Reggio Emilia as they pulled clear from Hapoel Gilboa Galil in a 93-70 victory with 33 points coming in the third. Osvaldas Olisevicius led all scorers with 21 points on 8-of-11 shooting for the Italian side.

London Lions used a big 26-9 second quarter effort as a platform for a debut triumph away at Donar Groningen. Marquis Teague came off the bench to lead the way with 22 points, 6 rebounds and 6 assists in the 79-60 win as the Lions became the first British side to win in the competition.

medi Bayreuth joined the Lions on a 1-0 start in Group A action as they brushed aside the challenge of Kapfenberg Bulls for a 100-70 success on their travels to Austria with Marcus Thornton firing in 28 points on 67 percent shooting.

Hapoel Eilat were another victorious debutant as they came out on top in a high-scoring battle on the road to beat Rilski sportist 94-86 with Roi Huber contributing 15 points and 10 assists. However, fellow newcomers Trefl Sopot were unable to follow suit in the group as they fell to an agonizing 69-68 defeat at the hands of Kyiv-Basket in the other Group B contest.

In Group H, Szolnok started with an 81-64 victory over FC Porto with 18 points apiece for Marijan Cakaran and Roko Badzim as the hosts pulled clear in the final quarter. Legia Warszawa won on the road as they defeated last season's Semi-Finalists CSM CSU Oradea, 76-66.

There was more Portuguese disappointment to follow as Sporting CP suffered an 80-75 loss away at Telenet Giants Antwerp, despite a fourth-quarter fightback. ZZ Leiden pulled away from Iraklis BC in the second half to secure a 71-63 home win with a 17-point, 10-rebound double-double from Danish center Asbjorn Midtgaard.

Earlier, Parma-Parimatch had started Wednesday's packed schedule with a convincing 106-64 success at home to Opava with six players in double figures including Mareks Mejeris, who was a perfect 7-of-7 from the floor in an 18-point display. 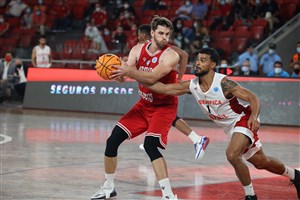 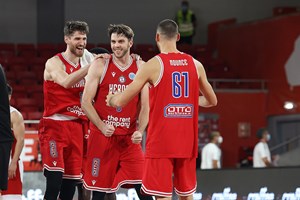 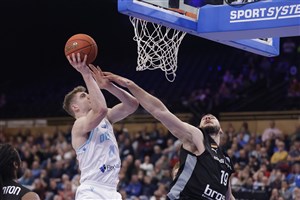