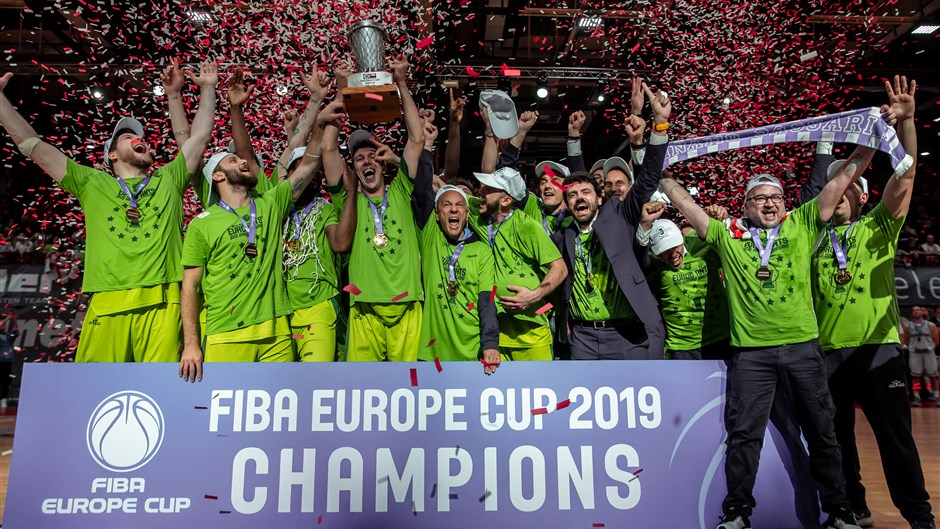 Dinamo Sassari defeated s.Oliver Wurzburg in the tightly contested Finals of the 2018-19 campaign to complete an Italian back-to-back in the FIBA Europe Cup, with Umana Reyer Venezia claiming the title a year previously.

The Sardinian club finished the victorious run by going undefeated in the last 12 games of the season under the guidance of coach Gianmarco Pozzecco. The began the Finals with an 89-84 win at home in Sassari and defeated Wurzburg 81-79 in Germany to seal the title.

The list of former FIBA Europe Cup winners also includes French side Nanterre 92 and Fraport Skyliners from Germany, who triumphed in the inaugural edition of the competition.