SASSARI (Italy) - Once teammates on the famed hardwood of Masnago, Gianmarco Pozzecco and Denis Wucherer find themselves in the midst of a blast-to-the-past battle for the FIBA Europe Cup trophy.

Now coaches of Dinamo Sassari and s.Oliver Wurzburg, respectively, they spent a couple of seasons sharing backcourt duties for Italian powerhouse Pallacanestro Varese,  from 1999 to 2001.

The nearly two-decade-old friendship lives on to this day, with the pair embracing each other with a warm hug in the corridors of Palasport Roberta Serradimigni, Pozzecco's new hunting ground, before the first leg of the Finals.

"THAT WAS MY FIRST QUESTION TO HIM - WHY ARE YOU COACHING? I DIDN'T SEE THAT COMING."- Denis Wucherer

"I played with Denis when we were in Varese. And it was not so easy for him, because he came after we won the championship in 1999 and, the next season, we had a couple of crazy guys. We were just nuts," Pozzecco recalled the days when he still had his hair dyed red.

"And he was really professional and a very good player. Back then, he was a little bit like 'Hey, what's going on here?' - we were strange guys, satisfied with winning the championship the season before and it wasn't easy for him."

Before booking a date with Pozzecco for the Finals, Wucherer and s.Oliver Wurzburg knocked out the club where their friendship was forged, sweeping Varese in the Semi-Finals.

"Good times and good memories, these last couple of weeks. The trip to Varese was already a wonderful experience, coming back after many years and experiencing the people, the place, the arena, the beautiful city. Now, meeting Gianmarco after many, many years - that felt good too," Wucherer went down memory lane. "He is a special character, obviously. He was a crazy basketball player, crazy talent, crazy person, but always fun and always in a good mood."

"AS A PLAYER YOU CAN SHOW YOUR EMOTIONS AND YOUR PERSONALITY. IT'S TOTALLY DIFFERENT FOR A COACH."
- Gianmarco Pozzecco 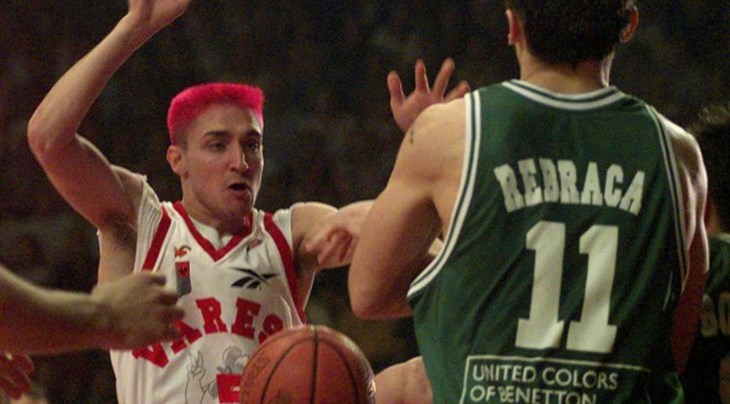 As friends do, Wucherer couldn't resist the temptation to tease his former teammate. "It's good to see that his team passes the ball a lot more than he did back in the days," he joked, finishing the sentence with laughter. "That's who he was - he was an incredible talent with the ball in his hands, with being able to score and finding the bigs with beautiful, spectacular assists. Finding fellow guards on the wing, not so much."

Did either of them have a feeling they would turn to coaching after retiring? "He certainly didn't have that feeling about me," Pozzecco said, bursting with laughter.

"Denis was different, though. His father, I remember asking him and talking about it nearly 20 years ago, was a coach. Most of the time if your father is a coach, you start to play basketball because it will be talked about in your house every day and then, as time goes, you see yourself in the same way as your father." 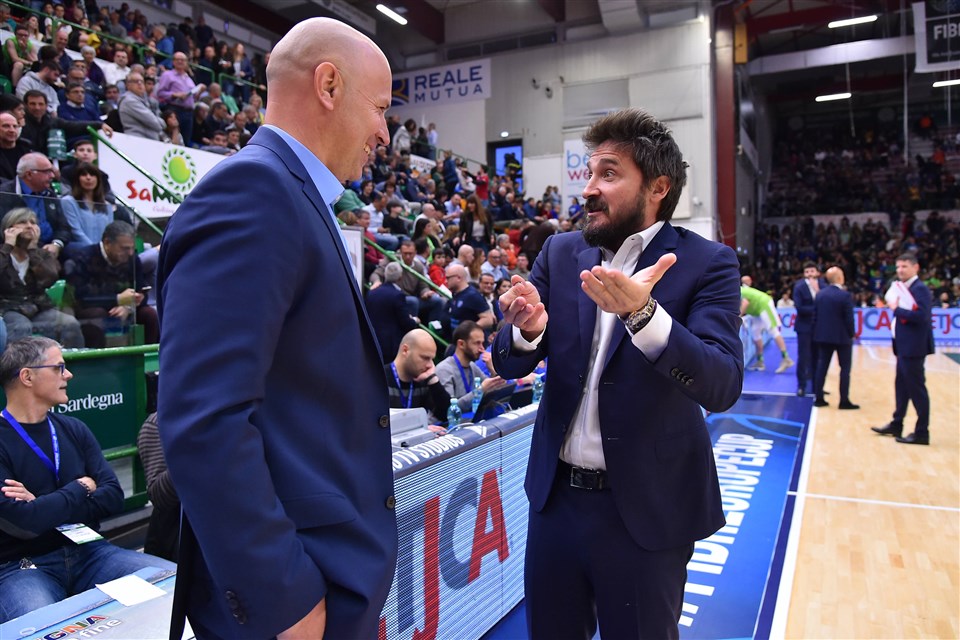 Although Pozzecco's own father was a coach too, Wucherer admits he found it difficult to picture the player he once knew as la Mosca Atomica, the Atomic Fly, on the sidelines.

"That was my first question to him - why are you coaching? I didn't see that coming. I thought when he's done playing basketball, he may come back as a manager, as a president, still having to do with an organization because of his name and the super career that he had," Wucherer explained. "And he told me he struggled the first couple of years, because he was just too excited, too crazy."

There might not be a player who has played the game of basketball with more passion and flare than Pozzecco, so it's hardly surprising when he says it is the love for the game that led him to coaching.

"I'M MUCH CALMER, HAVE EVERYTHING MUCH MORE UNDER CONTROL NOW. I HAD TO TAKE THIS STEP."- Gianmarco Pozzeco

"I became a coach, because I like basketball," Pozzecco said, revealing the worst-kept secret in the world for anyone who has seen him on the court as a player and even still on the sidelines. "Whenever they give me an opportunity to live in this world, I'm happy. When Capo d'Orlando in 2012 called me to start coaching in the second division, I was happy and then it continued from there."

But he will also tell you that his self-described crazy personality was something he felt he needed to change: "As a player, you can show your emotions and your personality. And even then it's bad sometimes, but it's totally different for a coach. I didn't change a lot between playing and coaching until I came to Sassari and now I'm totally different."

"I'm much calmer, have everything much more under control. I had to take this step, because it was not possible to coach like before - to have crazy reactions with the referees, with everybody," Pozzecco explained. "It's a balance. You can use your emotions sometimes, but not too often, because even your players will start to look at you like you're a clown." 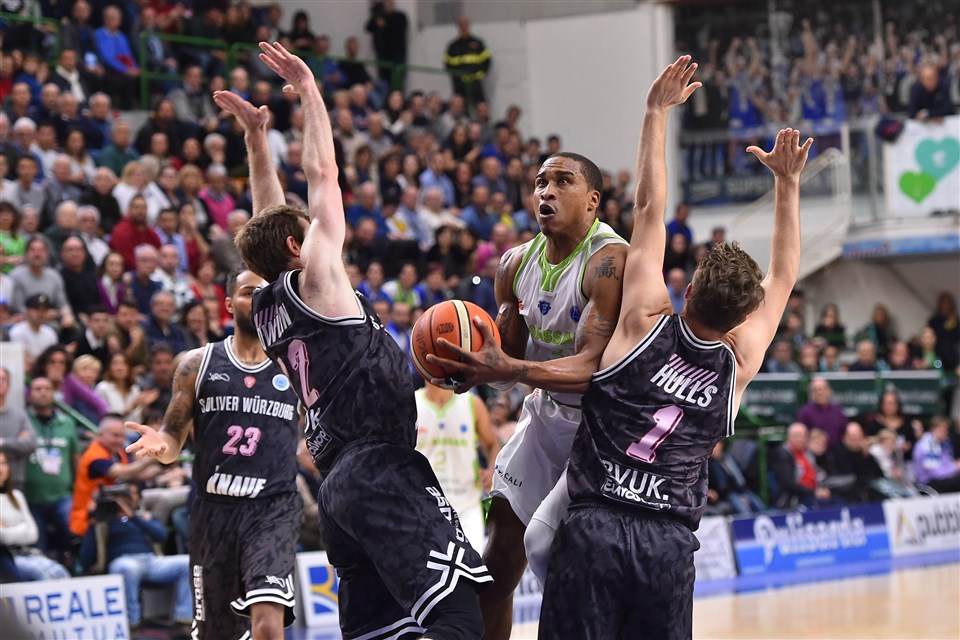 The balance seems to be working fine for Pozzecco and Dinamo, who have lost only three games since his mid-February takeover. Having defeated ZZ Leiden, Pinar Karsiyaka and UNET Holon en route to the Finals, the Sardinian club already made history with what is their best-ever European campaign to date. The same could be said for the Wucherer-coached Wurzburg, who overcame the likes of Avtodor Saratov, Bakken Bears and Pallacanestro Varese to get to the Finals.

"Wurzburg are kind of new when it comes to European basketball, so we're very happy with our season, with our campaign in the FIBA Europe Cup. It took the team a little while to find its way but we found our way and the guys are playing well together. I think they really found a way of functioning," Wucherer rained praise on his players.

"It's a great group of guys and I'm very happy for them that we're playing on a European level very successfully. It would be great to crown this with the title and we're going to try hard, but it's going to be difficult, because Sassari have a really deep team. And a very talented squad."

"IT WOULD BE GREAT TO CROWN THIS WITH THE TITLE AND WE'RE GOING TO TRY HARD."
- Denis Wucherer 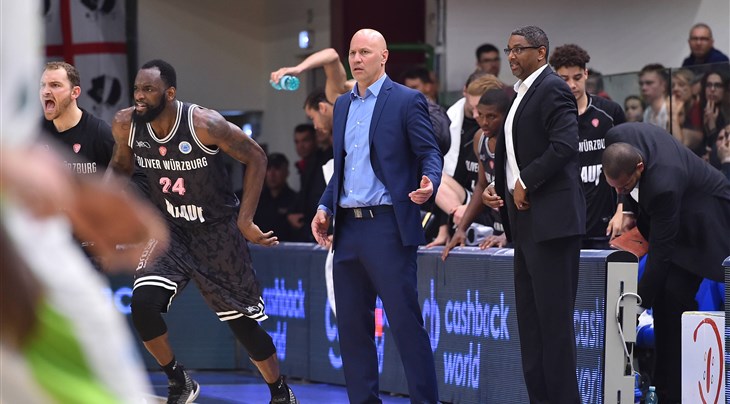 And the vibe in the Dinamo camp was strikingly similar. "We are so happy and proud that this is the first European Finals that this club has reached. Sassari won a championship, had success in Italy, but never in Europe. We are proud of that, the players have to be proud of themselves," Pozzecco reflected.

"They have to leave these games having enjoyed them. I know it's not so easy because it's the Finals and everybody wants to win, but we have to enjoy it, all of us. Even with Wurzburg and their fans, they too have historic results. I want to watch these kind of Finals enjoying them." 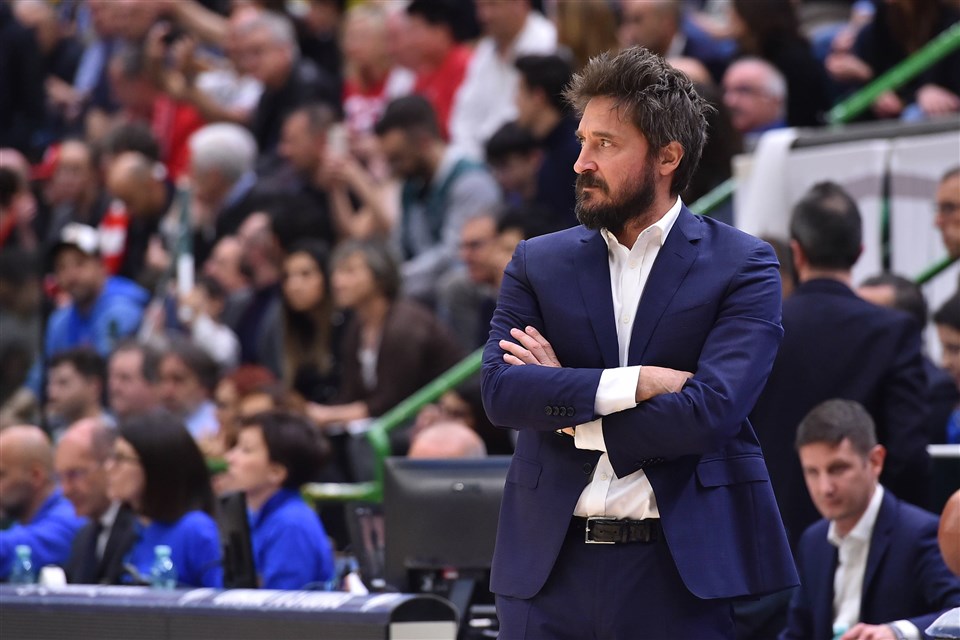 The new FIBA Europe Cup champion will be crowned already on May 1, but the Wucherer-Pozzecco reunion serves as yet another reminder that basketball is more than just a game. "This is the best part of sports, in my opinion," Pozzecco smiled about crossing paths with his former colleague and current rival.

"Everybody is focused on results, they talk about how many championships, cups and medals you won. But I'm not focused just on that. Of course, as a sportsman, you have to be driven to win the games. There are a lot more things that are also very important." 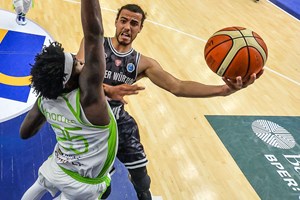 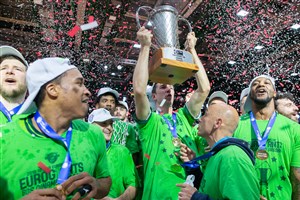