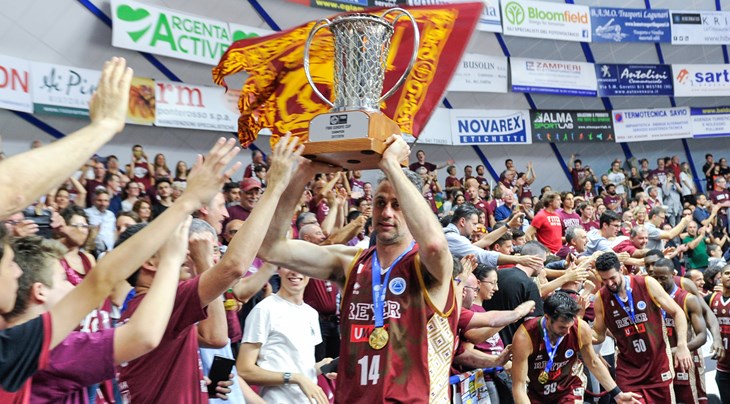 VENICE (FIBA Europe Cup) - Umana Reyer Venezia captain Tomas Ress did not step on the floor against Sidigas Scandone Avellino in either of the Final legs, but was still the first one to raise the FIBA Europe Cup trophy at the end of the closing ceremony.

The 37-year-old veteran has been a fundamental part of establishing a winning culture in Venice and transforming the club into a powerhouse it once was decades ago.

"We knew we were one of the best teams in the competition and really wanted to win."Tomas RessTomas Ress

Having arrived to Venice as a seven-time Serie A champion and five-time Italian Cup winner, the big man claimed his eighth scudetto title last year and now added a European trophy to his resume.

"It's a great win," Ress told FIBA.basketball amidst the celebrations at the Palasport Giuseppe Taliercio, with a gold medal resting on his chest. "We knew we were one of the best teams in the competition and really wanted to win. At the end of the day, winning titles is the most important thing for the club and the city."

And that's exactly what Reyer Venezia have been doing so well recently. Last season, they won the Italian championship after a 74-year break. And now they conquered their first-ever European title as well.

The team from Venice reentered the Italian top flight only in the 2010-11 season, but have built a solid foundation that has cemented their ambitions going forward.

"The club has been back in Serie A only for nine years and in the last four years, since I came here with some other guys, we have managed to build a group. The coach, Walter De Raffaele, has been the head coach for two seasons. And we've grown as a team, together," Ress explained.

Despite the initial disappointment of being eliminated from the Basketball Champions League, Reyer Venezia found a silver lining in the chance to compete for the FIBA Europe Cup. According to Ress, lifting the trophy is the happy ending everyone was looking for.

"We played a really tough Basketball Champions League season. I think it's important to underline that we went out of the competition in the toughest group back in February," he retrospected. "But we stayed together and really wanted to win the FIBA Europe Cup."

The triumph in the FIBA Europe Cup marked the first European title for Ress, who has had plenty of success on the international stage but never went all the way in a continental competition.

However, it is not the first such title in the Ress family. In the 2007-08 season, his younger sister, Kathrin, triumphed in EuroCup Women with Beretta-Famila.

"It must be something in the family," he smiled. "I've won a lot of trophies during my career. And this is another medal and title that I bring back home." 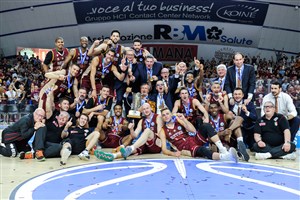 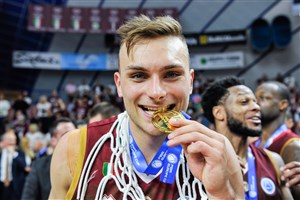