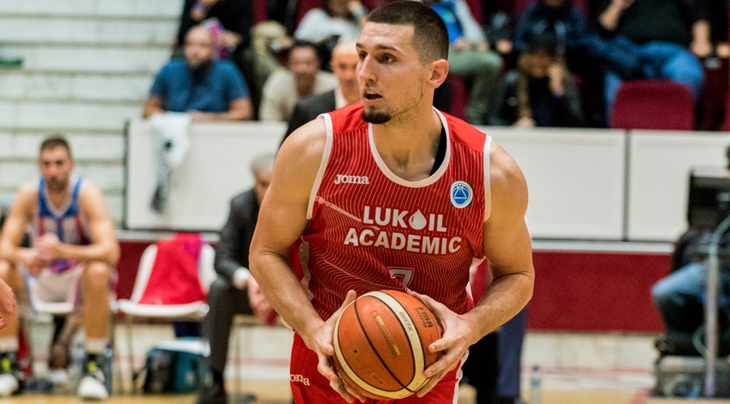 One of the top rebounders in FIBA Europe Cup, the 24-year-old American big man scored 20 points and added 15 rebounds, making an efficient 9-of-10 from the field, in 32 minutes of action in a 76-67 win in the Portuguese capital for a total ranking of 35.

It was the player’s fourth time finishing with double digits both in points and rebounds in the competition, but the first three double-doubles came early in the Regular Season.

Cameron Clark of Elan Chalon was the second-best performer this week, collecting a ranking index of 30 after putting up 22 points, 10 rebounds and 2 assists in a 88-66 victory on the road against BC Mures.

It wasn't out of the realm of possibility for Kormend players, who handed Nanterre 92 their first loss of the season this week, to claim all three perimeter positions on the Top Performers team, but one of the spots went to U-BT Cluj-Napoca’s forward Maksym Pustozvonov.

The versatile 29-year-old Ukrainian scored 23 points, grabbed 4 rebounds and came away with 3 steals and a block en route to a ranking of 28 in a losing effort against Alba Fehervar, as the Romanian side suffered an 86-81 home defeat.

The two Kormend players who did get into the Top Performer squad, Parrish Petty and Lenzelle Smith, both collected identical rankings of 27 after filling the stat sheet in a 91-74 win against the previously undefeated Nanterre.

The team's starting playmaker Petty scored 19 points, grabbed 5 rebounds and and dished out 8 assists, while his backcourt partner Smith had 17 points, 9 boards and 5 assists.

Deserving an honorable mention is Kormend’s forward Terry Allen, who had 27 points, 4 rebounds and 3 steals in the game, but ultimately came a couple of ranking points short of joining his teammates.