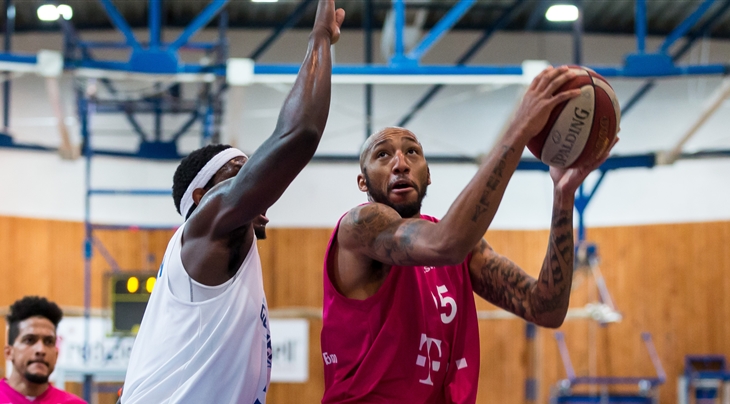 MUNICH (FIBA Europe Cup) - Telekom Baskets forward Ken Horton headlines the last edition of the Top Performers for 2016 after putting together the best individual display in the FIBA Europe Cup this week in just 22 minutes on the court.

In spite of the modest playing time, the 27-year-old all-rounder scored 24 points, grabbed 11 rebounds and added 2 steals and a block, as the Bonn club moved to 2-0 in Group M with an 83-64 victory against Redwell-Gunners in Oberwart.

On the back of a super-efficient night, with the player making 9-of-12 shots from the field, including 3-of-5 from three-point range, Horton finished the game with a league-best efficiency index of 33.

Elsewhere, Davon Jefferson continued his hot streak, on which he has been ever since arriving at Gaziantep midway through the Regular Season, by registering a ranking of 31 against BC Mures.

The 30-year-old American big man notched up his second double-double of the season by collecting 24 points, 10 rebounds, 2 assists, 3 steals and a block in an easy win in Romania.

In a good week for big men, Donar Groningen's center Drago Pasalic joined the Top Performers front court with a dominant performance against SL Benfica on the road in Portugal.

One more big game in Portugal,then time for Chistmas break.🎅🎅🎅🎄🎄🎄🎁🎁
Wish all our fans happy Chrismas and happy New year.
See you soon.😄😄

The Dutch team's man in the middle from Croatia made 10-of-16 shots from the field and had personal season-highs in points and rebounds with 21 points and 14 boards for a total index rating of 30.

Meanwhile, Serbian combo guard Aleksandar Rasic had one of his best games of the season, scoring 21 points, grabbing 7 rebounds, dishing out 7 assists and coming up with 4 steals for U-BT Cluj-Napoca, as the Romanian side inflicted the first defeat of the season on Pau-Lacq-Orthez. 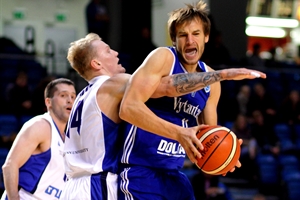 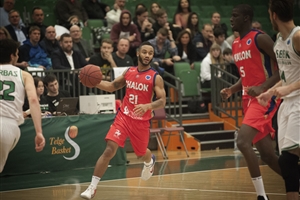