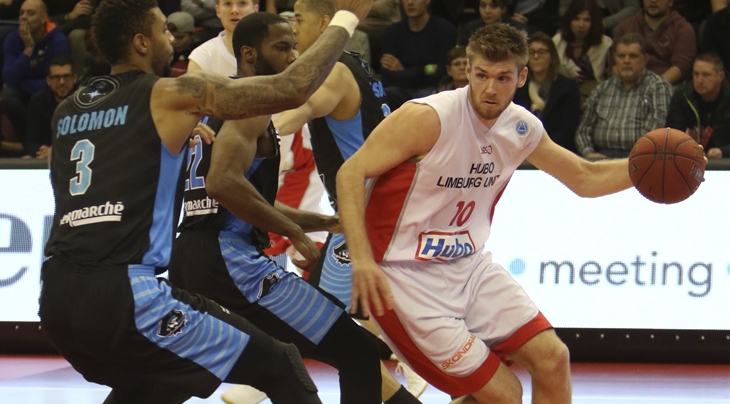 MUNICH (FIBA Europe Cup) – The Regular Season of the FIBA Europe Cup reached its halfway point following the completion of the record-breaking Week 3 action in arenas across the continent.

No one could match up to Seth Tuttle’s terrific individual display in the efficiency index category, with the Limburg United big man setting a new league season-high with a ranking of 36.

The 24-year-old big man scored 28 points, grabbed 13 rebounds and dished out 8 assists in an excellent all-around display, but the Belgian side once again left the court defeated.

Enisey Krasnoyarsk center Frank Elegar has consistently been the best player of his position in the early part of the FIBA Europe Cup season, making already his third consecutive appearance among the weekly top performers.

Having collected 19 points, 16 rebounds, 3 steals and 2 blocks, Elegar helped the still undefeated Russian side survive overtime drama against Sigal Prishtina for a 102-101 victory.

On the other side, playmaker Jabarie Hinds of Sigal also earned weekly honours after collecting 23 points, 5 rebounds, 7 assists and 6 steals in a losing effort for the Kosovar side.

Alba Fehervar leader Justin Edwards has been scoring in bunches this season, but Wednesday’s blow-out win against Elan Chalon marked his most efficient game.

The shooting guard made 9-of-11 shots from the field for a total of 22 points and added 6 assists and 3 steals on the way to a performance efficiency index of 32 in only 24 minutes of action.

The list is rounded out by Dominez Burnett who had a 31-point performance for Pardubice, also chipping in with 6 rebounds, 3 assists and 4 steals, as the Czech side romped all over Siauliai in the second half of the game to take an easy win. 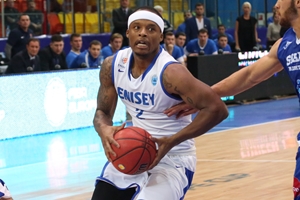 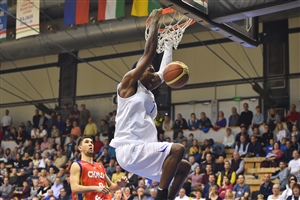