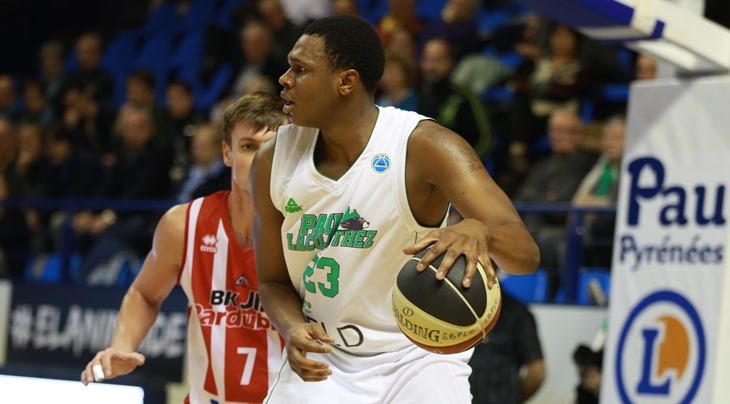 MUNICH (FIBA Europe Cup) – There is a distinct French flavour to the Top Performers list this week, with Pau-Lacq-Orthez big man Vitalis Chikoko claiming the main honours and three more players from French teams represented after a hot start to the FIBA Europe Cup Second Round.

Headlining them all is the aforementioned Zimbabwean center Chikoko, who pulled off a remarkable feat by going a perfect 11-of-11 from the field and setting a new competition record for most consecutive field goals made.

The 25-year-old from Harare also made all six of his free-throws en route to 28 points, 9 rebounds and 2 steals and a total efficiency ranking of 40 in a 101-66 demolition of BK Pardubice at the Palais des Sports de Pau.

While he does not appear among the league leaders in field goal percentage due to a relatively low number of attempts, Chikoko has converted field goals at a whopping 94% rate and has not missed a single shot in his last four FIBA Europe Cup games, going 25-of-25 in that stretch, and is 30-of-32 altogether this season.

His teammate and one of the top French prospects, the 19-year-old playmaker Elie Okobo, also had a night to remember, finishing the blowout against Pardubice with a double-double of 20 points, 6 rebounds and 10 assists in his best game of the season for Elan Bearnais.

After registering an equally impressive victory against BC Mures, Elan Chalon also ended up with two players among the Top Performers of the first week of action in the Second Round.

Up-and-coming small forward Axel Bouteille finished the 101-65 rout with 30 points, 6 rebounds and 3 assists, while Cameron Clark chipped in with 22 points, 5 rebounds, 3 steals and a block.

Having orchestrated the biggest upset of the week, Prievidza point guard Andre Jones was the only player not on a French team to make the list, but he did record his well-rounded of 30 points, 7 rebounds and 5 assists on French soil, as the Slovakian underdogs emerged victorious 98-95 on the road against BCM Gravelines-Dunkerque. 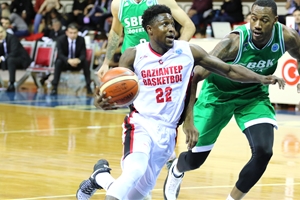 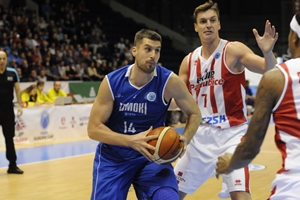