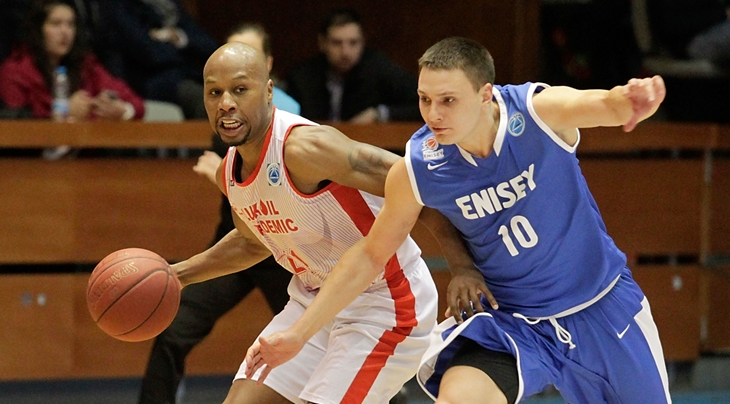 MUNICH (FIBA Europe Cup) - Disappointment will be the overwhelming feeling in Sofia after Lukoil Academic let a double-digit lead go to waste against Enisey in spite of a terrific performance by the team’s point guard Danny Gibson, who earned Top Performer honors this week.

The 32-year-old playmaker had his best game of the season, collecting 27 points, 3 rebounds and 9 assists, but a FIBA Europe Cup week-high ranking of 33 wasn’t enough to put the Bulgarian club over the top at Universiada Hall.

We lost the battle, but we still don't lose the war. We will fight to the end. Lukoil, we stand tall! @FIBAEuropeCup pic.twitter.com/Bsdiv5l3Ed

Having suffered a 97-92 defeat, Lukoil Academic complicated their situation in Group P ahead of next week’s clash against Donar Groningen, which will now be decisive for qualifying to the Round of 16.

Gibson wasn’t the only player on the Top Performer list to have his stellar individual performance overshadowed by a defeat, as Kormend’s forward Lenzelle Smith scored 26 points and grabbed 6 rebounds in a 91-84 road loss to Tsmoki Minsk.

Meanwhile, the three remaining players on the team of the week, Kenneth Hayes and Angelo Caloiaro of Demir Insaat as well as Peter Lorant of Alba Fehervar, managed to combine personal and collective success on the court.

The Hungarian side from Szekesfehervar needed overtime against Pardubice to snatch a 97-89 win in Czech Republic and Lorant’s all-around contribution of 23 points, 10 rebounds, 5 assists and 2 steals was one of the main factors that decided the outcome of the game in the extra period.

On the other end of the spectrum, Buyukcekmece did not beat around the bush in their 111-77 blowout victory against Prievidza, breaking away for good in the third quarter after leaving no stone unturned.

Caloiaro scored 23 points on near-perfect 9-of-10 shooting from the field, grabbed 5 rebounds and came away with 4 steals, while Hayes also finished the game with 23 points, 4 boards and 8 assists, helping Demir Insaat regain first place in Group L. 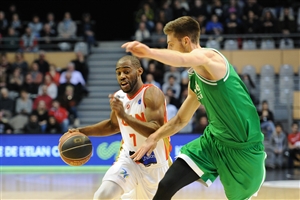