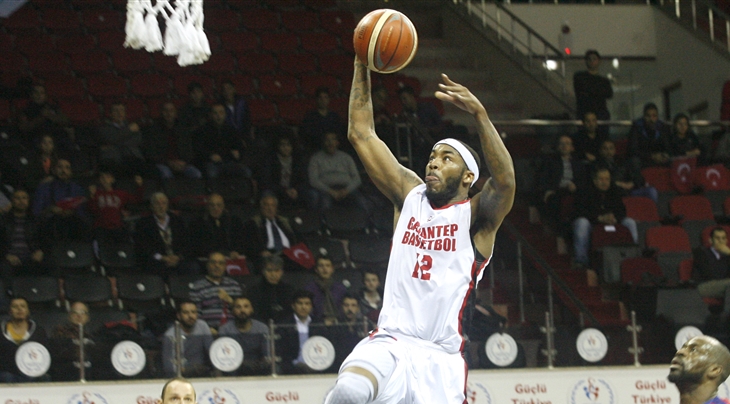 MUNICH (FIBA Europe Cup) - Gaziantep scoring mastermind Marcus Denmon and APOEL big man Brandon Mobley split the Top Performer honors for the final week of the Second Round, but only one of them will continue their FIBA Europe Cup campaign in the Play-Offs.

Turkish side Gaziantep grayed-out Elan Chalon in a Group K leader clash with a Denmon-led powerful offensive display to defeat the French side 92-80 and sneak into the Round of 16 as one of the best second-placed teams.

The 26-year-old American shooting guard played the full 40 minutes against his former team, collecting 26 points, 6 rebounds and 3 steals for a total ranking of 32.

For Mobley, the individual success was not coupled by a team win, with the already eliminated APOEL finishing their international season with a 79-75 loss at home to Redwell-Gunners Oberwart.

The big man had an impactful game on both ends of the floor, scoring 16 points on near-perfect 7-of-8 shooting from the field, grabbing 8 rebounds, coming up with 3 steals and blocking 4 shots in 34 minutes of action.

Elsewhere, Demir Insaat center Andrija Stipanovic flirted with a triple-double for the second week in a row, posting 16 points, 14 rebounds and 7 assists in an 87-77 victory against BCM Gravelines-Dunkerque to help the Istanbul side top Group L standings.

Goran Martinic helped Mures end an otherwise miserable Second Round on a positive note, leading the Romanian club to an 84-77 triumph over Sodertalje Kings to open its victory tally in Group K before bowing out of the competition.

The 29-year-old Montenegrin point guard had a double-double of 23 points and 10 assists, while turning the ball over only twice. He also chipped in with 5 steals on the defensive end.

Lukoil Academic guard Danny Gibson, who was one of the top players last week as well, scored 28 points, grabbed 5 rebounds and dished out 4 assists against Donar Groningen, but the Bulgarian side came up short 95-89 and ended their European run as well. 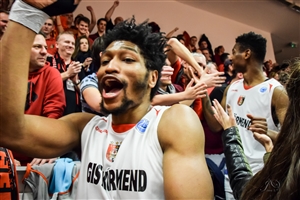 Gaziantep and Kormend smiling, despair for others 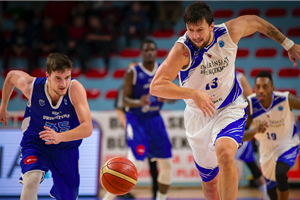