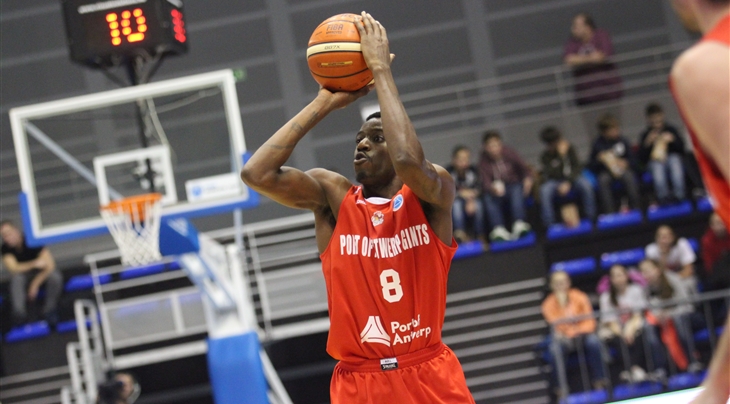 Clark and Smith shine for Giants to headline Top Performers

The pair was responsible for nearly half of the team's points in an offensive-minded contest against Prievidza, which finished with a 111-94 win for the home side despite the fact they were trailing for the better part of the first three quarters.

Having gone an impressive 7-of-10 form the field, including five three-pointers, Clark posted a near double-double of 26 points and 9 assists, while Smith added a well-rounded line of 23 points, 9 rebounds and 5 dimes.

Meanwhile, Serbian combo guard Aleksandar Rasic earned his second Top Performer appearance in a row after leading U-BT Cluj-Napoca to an 84-67 home victory against Pardubice with 22 points, 4 rebounds and 7 assists on 6-of-8 shooting from three-point range, helping the Romanian club improve to a 2-1 mark in Group O.

Gaziantep big man Davon Jefferson was the only other player this week to be featured back-to-back, but his excellent individual performance was soured by the Turkish side losing for the first time in the Second Round, falling short 102-82 against Elan Chalon on the road in France.

However, the player is the last one one would put at fault, having been the lone bright spot for Gaziantep in the contest with 26 points, 13 rebounds, 2 assists and 2 steals.

This is what we call an excellent start of the new year! @lukoil_academic smashed @Donar_Official 88:62 at home for @FIBAEuropeCup pic.twitter.com/yDmUrsbVX3

Elsewhere, Maksym Korniienko showcased his long-range touch for Lukoil Academic, hitting 4-of-5 from three-point territory en route to 17 points, 8 rebounds, 3 assists, 3 steals and 2 blocks in an easy 88-62 win against the visiting Donar Groningen in Sofia. 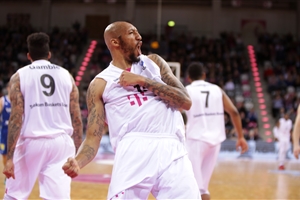 Lejasmeiers and Spires connect on alley-oop against Mures 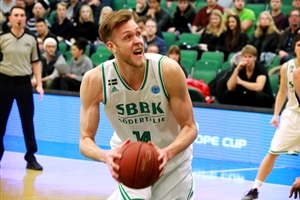