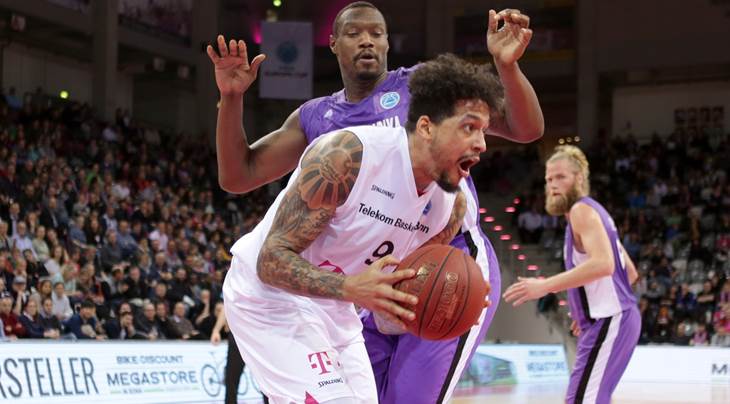 The 27-year-old American center, who has been simply unstoppable in the Play-Offs, was among the best performers in both legs of the tie, averaging 23.5 points, 14.5 rebounds and 1.5 steals per game against the Israeli opposition.

No one in the competition could match Gamble in terms of efficiency in the Quarter-Finals, with the player posting two impressive double-doubles en route to rankings of 37 and 29 at home in Bonn and on the road in Nahariya, respectively.

Cibona playmaker Scottie Reynolds was the runner-up after collecting 17.5 points, 3.5 rebounds, 13 assists and 4 steals per game in a tightly-contested tie against Elan Chalon, in which the Croatian side came out second best.

His direct match-up, John Roberson of Elan Chalon, averaged 28 points and 6 assists and his 39-point game at the Drazen Petrovic Basketball Hall went in the FIBA Europe Cup record books as the most by a single player in the competition.

Another player who found himself in a record-breaking move was Spencer Butterfield of Nanterre 92, who equaled Roberson's 39-point performance against Muratbey Usak Sportif after making a competition all-time best 11 three-pointers in a single game.

The French-based American marksman, who made a total of 14 long-range shots in the two games finished the tie with averages of 28 points, 2.5 rebounds, 2 assists and 1 steal per game.

Meanwhile, Enisey Krasnoyarsk center Frank Elegar, who leads all players in the competition with five Top Performers appearances this season, couldn't help the Siberian club get past the hurdle of Telenet Oostende in spite of racking up 16 points, 12.5 rebounds and 3.5 steals per game in the Quarter-Finals. 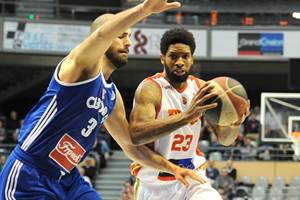 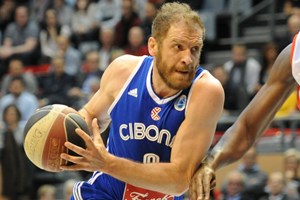