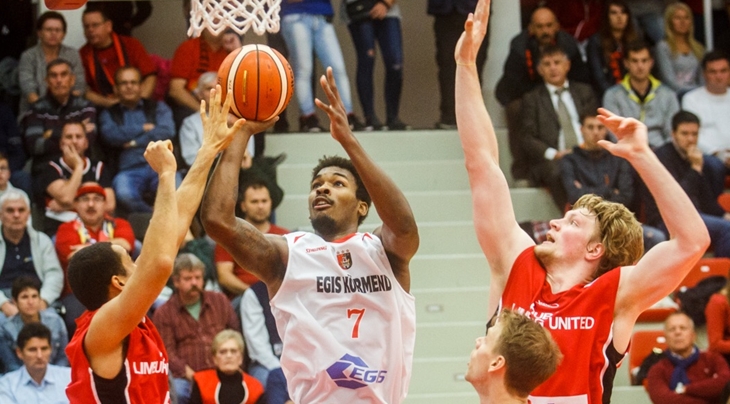 The 22-year-old American big man set a new competition season-best with 37 points against Limburg United, also adding 7 rebounds and 2 assists in a 92-75 win in Belgium.

Allen, who made 15-of-23 shots from the field including 6 three-pointers, came within a single point of the 38-point FIBA Europe Cup record set by Ivica Radic of SL Benfica last season.

Having finished the game with an efficiency index of 38, Allen now holds the season-high in this category as well, topping Marcus Denmon's (Gaziantep) previous high of 36.

Elsewhere, Nemanja Milosevic stepped up big-time for Tsmoki Minsk in the absence of their top scorer Justin Gray with a monstrous game against Siauliai in Lithuania.

In just 27 minutes, the versatile Montenegrin collected 27 points and 15 rebounds, as Tsmoki moved to 4-0 in Group J with a convincing performance.

Also a first-time Top Performers nominee, Murphy Burnatowski of Apoel Nicosia, found his touch and went 7-of-9 from three-point range to pace the Cypriot side with 32 points in a vital 99-90 victory against Pardubice.

For the Czech side, as a small consolation, guard Lamb Autrey had 23 points, 5 rebounds, 9 assists and 2 steals and was the only player whose club did not win to make the team of week.

Meanwhile, Justin Edwards makes his second consecutive appearance among the league’s best players after carrying Alba Fehervar to their third victory in a row in the FIBA Europe Cup.

Consistent as usual, Edwards scored 21 points on an excellent 7-of-10 from the field, grabbed 5 rebounds, dished out 8 assists and registered 3 steals, as Fehervar picked up a 90-71 win over SL Benfica.

Deserving an honourable mention, Sodertalje Kings leader Toni Bizaca had an impressive 32-point game against Belfius Mons-Hainaut and leads the league in scoring with a 23.3 point-per-game average.

Having been the only Top Performer featured on all previous weeks, Enisey Krasnoyarsk big man Frank Elegar was once again outstanding, but saw his streak come to an end despite scoring 15 points and grabbing 11 rebounds for his third consecutive double-double. 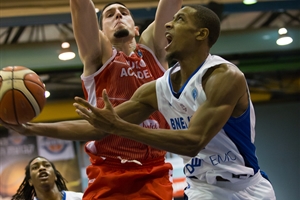 Eight teams already through to the FIBA Europe Cup Second Round 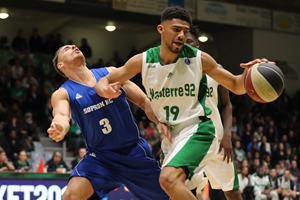