KLATOVY (Czech Republic) - Sara Madera picked up the MVP award after leading Italy to the title at the FIBA U20 Women's European Championship 2019.

Madera was impressive throughout the tournament, averaging 13.6 points along with 7.8 rebounds having battled away in the paint for her side.

Constanza Verona joined her teammate in the All-Star Five with a stunning 25-point haul in the Final to help Italy overcome Russia for the title in a down-to-the-wire 70-67 contest. 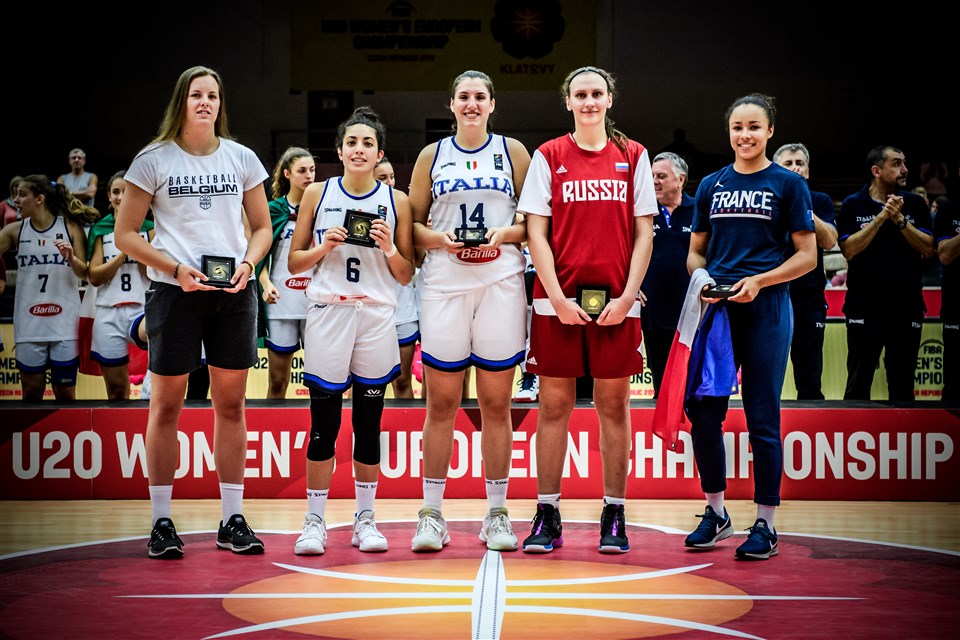 Despite missing out on the coveted crown, Valentina Kozhukhar made the lineup as her side's top performer with 10.9 points and 7.0 rebounds boosted by a strong display in the Final.

Meanwhile, Billie Massey made her second All-Star Five of the summer after posting a huge tournament double-double of 15.3 points and 16.7 rebounds in Klatovy. She also won individual accolades at the FIBA U19 Women's Basketball World Cup last month.

Tima Pouye rounded out the lineup with averages of 13.1 points and 2.6 assists per game in helping France to a bronze medal. 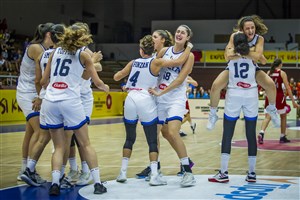 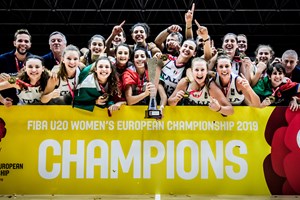 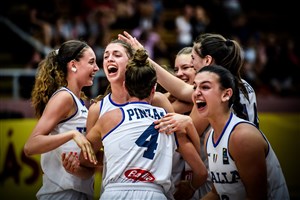