After opening the tournament with a heart-breaking loss against the tournament hosts Germany, the Israeli side won six games in a row to bring home the country's first-ever gold medal in a FIBA event.

The score was still 47-45 with a couple of minutes played in the third, but a 7-0 run for Israel proved to be the decisive blow Croatia never managed to recover from.

Mate Kalajzic had a game-high 18 points and 7 rebounds for Croatia, while Josip Barnjak was the only other double-digit scorer for the team with 10 points.

Meanwhile, Germany ended their medal drought by rounding out the podium with an 80-71 victory over France in the Third-Place Game for the country's first piece of silverware since 1983 in men youth tournaments.

Filip Stanic turned in a 22-point and 7-rebound performance, while Kostja Mushidi and Lars Lagerpusch chipped in with 15 points apiece. Digue Diawara had 19 points and 9 rebounds in a losing effort for France.

The day's other big winners were Greece, who avoided relegation to Division B with a 77-64 victory in the Classification Game 13-14, with Georgios Kamperidis coming up big with 20 points and 8 rebounds. Elijah Clarance had another big game for Sweden with 21 points and 5 boards, but it couldn't help the Swedes stay in Division A.

Elsewhere, Turkey topped Serbia 89-73 for 5th place, Spain defeated Italy 85-60 for 7th place, Lithuania claimed 9th place with a 76-62 win over Great Britain, Montenegro got the better of Ukraine for 11th place with a 98-79 scoreline, while Iceland avoided the wooden spoon with a 103-84 win over Romania. 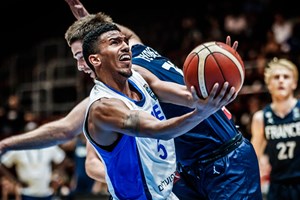 Preview: Who will win it all and who will go down to Division B? 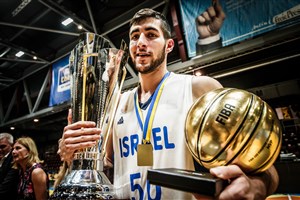 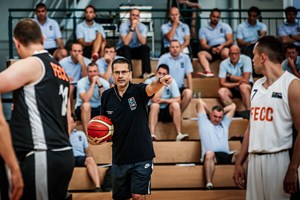 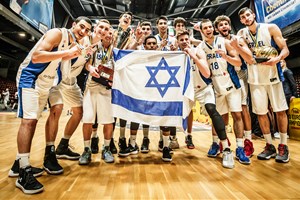