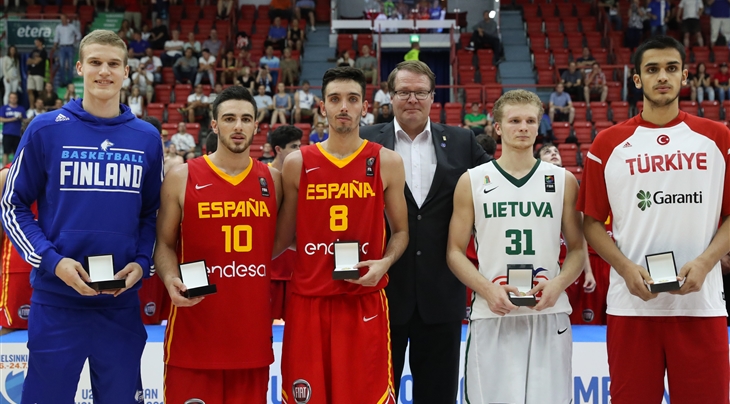 The guard top-scored with 21 points in Sunday’s Final as the Spanish produced a 12-0 fourth-quarter surge to rise above Lithuania 68-55 in Helsinki, Finland.

This followed a string of sensational performances – all of them from the bench – including a stunning buzzer-beater to secure victory against France.

"It's an incredible feeling," Garcia said.

"We have been working hard for three years to try and get a trophy and finally we got it.

"We play as a family, not as individuals. It is down to the teamwork. This game is all about passing, it is all about trust in everybody. We are very proud. We need to enjoy this moment."

Garcia shared the winning moment with team-mate Francisco Alonso, who joined him on the tournament All-Star Five.

Alonso scored 26 points in the Quarter-Finals as Spain beat Latvia before inspiring Semi-Final success against Germany with a 22-point showing.

Lithuania had to settle for second, but there was some consolation for guard Kristupas Zemaitis.

He came up with some clutch shots for the Green Machine during the knockout rounds, and was one of the standout performers from a balanced team effort. He was rewarded with a spot on the All-Star Five.

Turkey claimed the bronze medal on Sunday with a 76-61 success against Germany.

Their leading scorer was center Omer Yurtseven, who is still eligible to compete at U18 level, and averaged 10.4 points and 5.6 rebounds-per-game.

He was the tournament’s top scorer, averaging 24.9 point-per-game - nearly six points more than his closest rival - having achieved the same feat in the FIBA U18 European Championship in 2015. 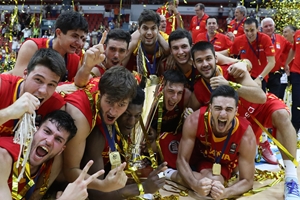 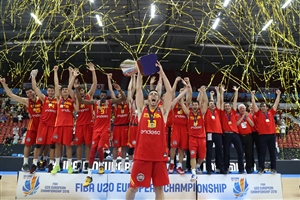 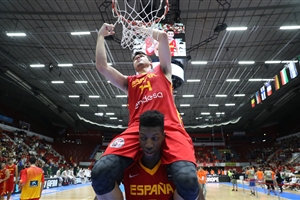 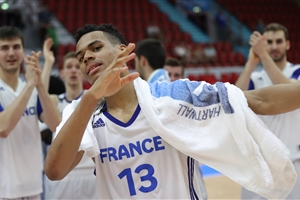