SARAJEVO (Bosnia and Herzegovina) - Helena Pueyo is regarded as one of the top European prospects of her generation, idolizes Alba Torrens and is determined to bring more success for her country.

Spain wrapped up their Group Phase with a 2-1 record with victory over Israel on Monday having watched their senior counterparts claim FIBA Women’s EuroBasket 2019 glory the night before.

And, Pueyo believes the U18 team can draw inspiration from the repeated Spanish triumph and the values that they bring.

"I was really, really happy for them," she enthused. "It was a big win for all of Spain. I feel represented by them and want to congratulate them on their success. They showed us to never give up and that you have to work really hard to achieve your goals.

"We already really want to win the championship here and that helps to push us forward." 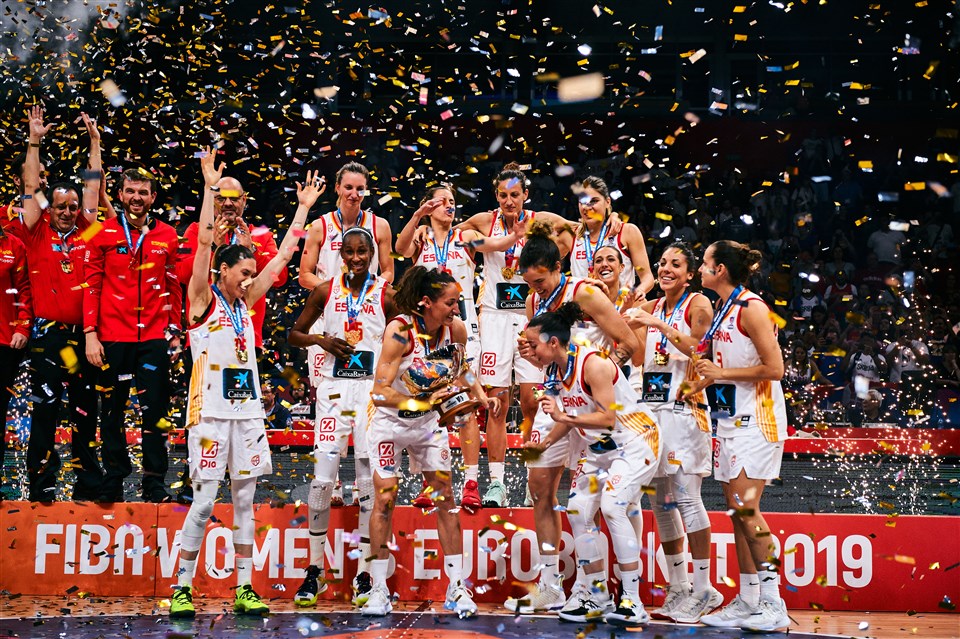 While she wasn't part of the title-winning roster in Belgrade, it's Torrens - the FIBA Women's EuroBasket 2017 MVP - who has been the biggest inspiration for Pueyo with both hailing from the Balearic Islands.

"Even though she didn’t play, I still feel really represented by her. We are from the same city and she is such a great player to watch because of how she plays the game."

Pueyo's own development path is on an upwards curve. An impressive season in Spain's Liga Femenina 2 with Segle XXI follows valuable experience gained through playing at multiple youth events at international level.

From averaging 11.0 points per game in Bourges at the FIBA U16 Women's European Championship in 2017 to stepping up to achieve silver at U18 level last summer as well as competing at the FIBA U17 Women's Basketball World Cup in Minsk.

The composed wing is leading her side in efficiency rating, in Sarajevo, with averages of 10.7 points, 3.3 rebounds, 3.3 assists and 3.7 steals per game to reflect her all-round contributions.

Though, Pueyo is still targeting improvements to her game.

"My biggest strength is my shooting and I feel like I am really good in the pick and roll. But, for me, the big thing that I want to work to be better at is my defense because I am really slow with my feet," she adds with a smile.

That's how you beat the BUZZER @Helena_Pueyo6 💨 ! @BaloncestoESP 🇪🇸 take the lead vs 🇫🇷. #FIBAU18Europe

Those chinks in her armor can be ironed out as a new chapter awaits Pueyo as an incoming freshman at the University of Arizona later this summer. Unfamiliar territory that will come with a touch of familiarity with fellow Spaniard Lucia Alonso suiting up for her senior year with the Wildcats.

The opportunity to compete at a high level in the Pac-12 conference will bode well and provide a welcome challenge for the 18-year-old.

"Everything is going to be new for me. It will be a big change, but an awesome experience," she says. "Of course, I think it will be hard at the beginning, but it will get easier over time.

"I am looking forward to working hard and improving and I know it will make me a better player."

Please join us in welcoming one of the top guards in all of Europe @Helena_Pueyo6 to the Wildcat Family!

The stakes are raised in Sarajevo as the tournament enters the business end following Tuesday’s rest day and the chance for the standout players to rise to the top with all 16 teams fighting it out for the title.

Spain's first test of knockout basketball will come with a lively atmosphere after being paired with the hosts, Bosnia and Herzegovina in the Round of 16. With two silver medals in the previous three tournaments, they will be aiming to land back on the top step of the podium having last done so in 2015, in Celje.

"We have worked hard and it was still a good Group Phase for us," declared Pueyo with Spain's sole defeat coming against France on Sunday.

"Our team has changed a lot with some new players with us this year. But we feel like this is a good chance and it is making our team better. It's time for the best part of the tournament. We know the games are going to be really hard, but we want to win so we have to be ready.

"We're good to play against anyone. Losing in the Final last year was difficult so there is also that extra motivation." 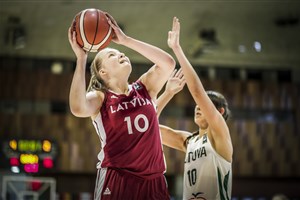 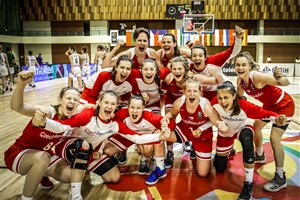 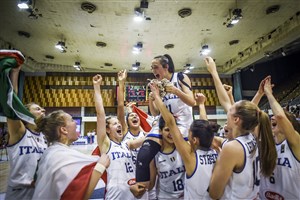 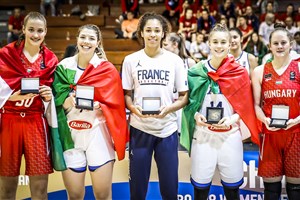