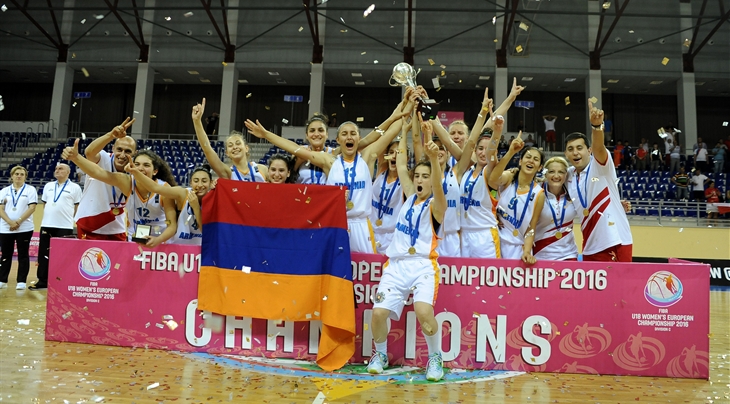 TBILISI (FIBA U18 Women's European Championship 2016 Division C) - Armenia had a sublime first quarter to pave the way for a 66-32 win against Georgia in the Final. Malta also finished on the podium.

The hosts could not find an answer for Armenia's stifling defence in the first quarter. Vahagn Harutyunyan's players allowed only two points during the opening 10 minutes, while scoring 22 at the other end to grab a 20-point lead they would not let slip. The lead grew to 50-15 heading into the final period and Armenia had no trouble in holding on to win gold.

Diana Ramazyan led the winners with 19 points on 8-of-13 shooting, and she also had six rebounds and six steals. Ani Hovhannisyan added 11 points in just nine minutes of play, and Viktoria Tonoyan was the third member of the double digit club, scoring 10 points, grabbing seven rebounds and stealing the ball five times. Georgia shot just 10-of-56 from the field (18%), and turned the ball over 32 times. Natalia Otkhmezuri had a team-high nine points for the silver medallists.

Otkhmezuri, however, enjoyed a special award. Her averages of 20.0 points, 4.2 assists and 4.0 steals per game made her the Most Valuable Player of the Championship. Otkhmezuri also headlined the All-Star Five, along with Sophie Abela (Malta), Adea Kastrati (Kosovo), Anna Aslanian (Armenia) and Hannah Al Tumi (Malta).

Al Tumi and Abela won the bronze for Malta. They beat Andorra 71-63 in the third-place game, thanks to a monster game by Al Tumi. She finished with 29 points, 19 rebounds and three blocks in 33 minutes on the floor, while also having a helping hand from Abela, who finished with 14 points. Maria Martin Moline scored 22 points for Andorra.

Kosovo won the battle for fifth place by beating Wales 71-31. Wales won the Fair-Play Trophy, and Gibraltar finished in seventh spot in Georgia. 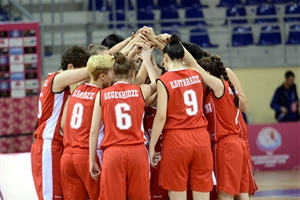 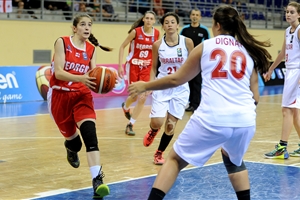 Armenia and Georgia top the Groups ahead of Semi-Finals