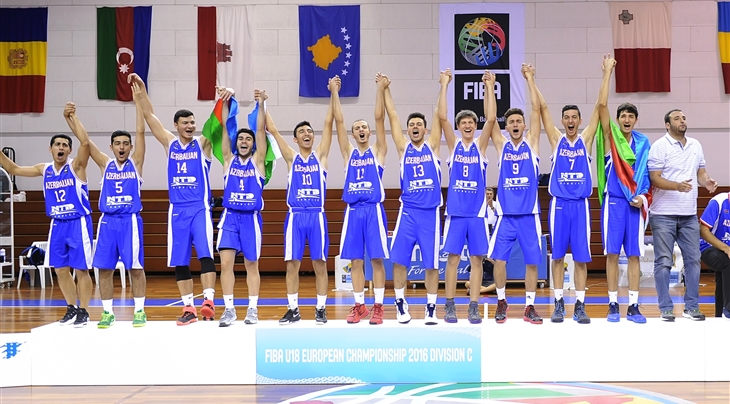 It is not about how you start a competition, but rather how you finish it. Andorra had won the first match-up versus Azerbaijan back on Day 1, but the Azerbaijani players came up with an answer the second time around. The second and third quarter proved decisive, as Azerbaijan won them by a combined 18 points. Their defence was once again superb, just like in the semis against Kosovo, as they allowed only 32 points heading into the fourth quarter.

Endar Poladkhanli, the Championship MVP, had another big game for the gold medallists. His 24 points, 15 rebounds, four assists, three steals and a block were too much to handle for Andorra. Omar Ahmadzada added a game-high 25 points for Azerbaijan.

Andorra's Pol Vives Mino did not get a chance to play in the Final, but was voted into the All-Star Five. His team-mate Guzman Salinas was also in, as was the MVP Poladkhanli. The Championship's top scorer Hugo Voulfor, who averaged 29.3 points per game for Monaco, and Kosovo's Etnik Peci made up the team.

Peci and his compatriots reached the century mark for the third time in San Marino. Their 100-57 win in the Third-Place game was enough to get Kosovo on the podium. Vigan Gashi had 16 points, Peci and Gent Shala both scored 15 points, whilst Shala also grabbed 18 rebounds. Valon Bunjaku added 11 points, 11 boards and seven assists for the bronze medallist.

Wales were the best of the rest, winning 5th place after a 79-69 victory against the Principality of Monaco. Malta used a 29-19 final quarter to get an 85-82 win over Gibraltar and finish 7th. Moldova snuck into 8th spot because of their better head-to-head record over Gibraltar. 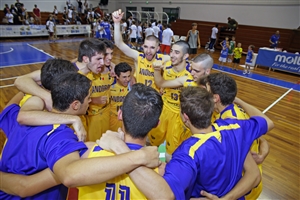 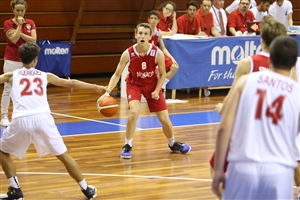 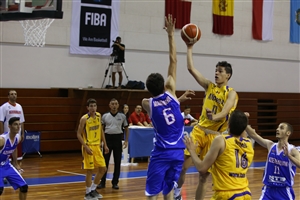