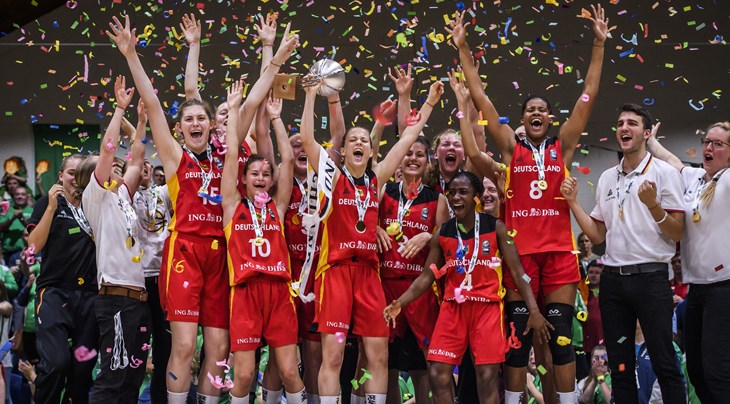 Having swept the field on their way to the title-decider, the on-point Germans cruised to a 67-43 victory over their Irish opposition in the Final after enjoying a double-figure lead since the first quarter.

Thank you and good night from Dublin #FIBAU18Europe that's a wrap. Massive congrats Germany and thank you Ireland for a journey of dreams🏀 pic.twitter.com/UNlGNLtbZZ

The unstoppable pairing of Nyara Sabally and Luisa Geiselsoder was once again the difference-maker for Germany, but it still couldn't silence the noisy Irish support who treated their team to a standing ovation at the sound of the final buzzer.

Later named MVP of the tournament, Sabally was the top scorer in the gold-medal game with 15 points and 11 rebounds, while Geiselsoder put together a double-double of 14 points and 16 rebounds to also find a place in the All-Star Five.

The result may not have gone our way, by what a journey it's been. Full time Germany 67 Ireland 43. An amazing team #Inspired #FIBAU18Europe pic.twitter.com/m8hHkMOGlQ

There were no double-digit scorers for Ireland, with local star Claire Melia collecting a team-high 9 points, while Maeve Phelan and Dayna Finn chipped in with 8 points apiece in the silver-medal finish for the home team and the first-ever promotion to Division A for Ireland.

There was no time wasted in pulling ahead in the third-place game for Poland, who opened up a double-digit lead already in the opening quarter en route to a 64-50 victory over Great Britain to secure bronze and the only remaining ticket to Division A.

Julia Nielacna come up with a big line of 18 points and 7 rebounds for the Polish side, while Charlotte Ellmore had a team-high 11 points for Great Britain, who just missed out on the podium.

In the games that carried slightly less weight, Portugal defeated Belarus 78-68 behind a 12-point, 12-rebound and 4-block performance by Beatriz Jordao to claim 5th place, while Israel came from behind to win a 69-67 thriller against Romania to finish 7th in the standings.

Bulgaria eased past Finland 91-74 in the Classification Game for 9th place, the Netherlands finished the tournament on a high note by inscribing a 77-50 victory over the Slovak Republic, while Iceland wrapped up 13th place with a 58-54 win over Ukraine, as Birna Benonysdottir tallied 25 points, 12 rebounds and 3 blocks.

Further down the table, Norway topped Austria 48-39 in a low-scoring duel, Luxembourg and Estonia rekindled their Group Phase rivalry with the Estonians coming out on top 73-69 after losing the first time, Switzerland edged Georgia 66-52, while the Former Yugoslav Republic of Macedonia registered an 88-58 blowout against their neighbors Albania. 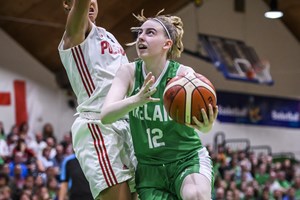 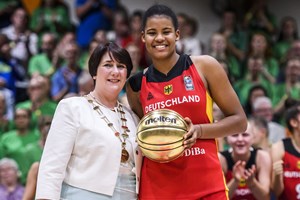 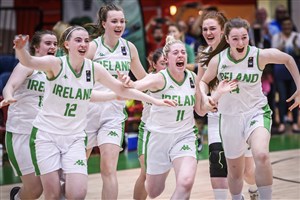 Ireland to face Poland in the Semi-Finals, Germany paired with Great Britain