Vote now: Who produced the best performance of the #FIBAU16Europe Group Phase?

SKOPJE (North Macedonia) - Three days into the FIBA U16 Women's European Championship and there have already been several memorable performances so far.

With the Group Phase action complete, we want you to let us know who you think produced the best individual display.

Check out the official player stats with a more detailed overview below:

Vittoria Blasigh (ITA) - After an opening loss, Italy bounced back through the lights out shooting of Blasigh with 6 of 8 from 3-point range in a 24-point outing against Finland to get her side up and running in the tournament.

Eleni Bosgana (GRE) - The leading scorer in the competition, Bosgana has battled hard to help lift Greece to two wins in the Group Phase. An astonishing 29-point haul paved the way for victory over Turkey in the opener before helping inspire the comeback against Poland with 23 points.

Julia Franquin (BEL) - One of the players to watch, Franquin showcased her talent in Belgium's first win over Latvia after contributing 24 points along with 7 rebounds and had another good game as they made it two wins on the bounce.

Georgia Grigoropoulou (GRE) - 19 points, 18 rebounds - With Bosgana receiving a lot of attention from her opponents, Grigoropoulou stepped up with a huge double-double of 19 points and 18 rebounds as Greece produced an incredible fourth quarter to see off Poland for their second win.

Lara Habling (HUN) - With two defeats in two days, Habling and Hungary announced themselves on the Skopje stage with a convincing win over the defending champions, Italy. Habling raced out of the blocks in a red-hot start and finished with 19 points, 9 rebounds and 4 steals in her side's first success.

Juste Jocyte (LTU) - Jocyte is just 13 years young and proved age was no barrier with a fearless display of 21 points, 12 rebounds and 5 assists as Lithuania stunned eventual group winners France on the first day before pushing Germany close on day two.

Anastasiia Olairi Kosu (RUS) - Olairi Kosu has been a double-double machine for the unbeaten Russia, ranked second in points and first in rebounds. The imposing forward, aged 14, collected 20 boards in the win over Hungary either side of identical 19-point, 16-rebound performances.

You can do more than you think. 💪🇷🇺

Marta Morales (ESP) - It has been plain sailing for Spain so far with three wins from three and Morales has been one of the keys to their success. The team's leading scorer is 6 of 7 from 3-point range and scored a personal best of 22 points in victory over Latvia.

Kati Ollilainen (FIN) - Ollilainen helped the Division A newcomers off to the perfect start after putting up 20 points, 14 rebounds and 6 assists in a fine all-round effort against Hungary. With two losses following,

Other - Your favorite not listed? Let us know using #FIBAU16Europe on all platforms with the likes of Sara Roumy, Elizabete Bulane and Praise Egharevba among others shining bright. 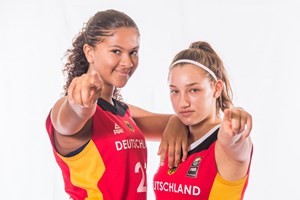 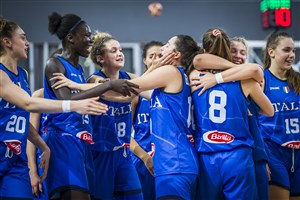 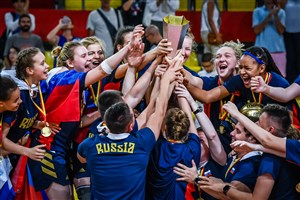 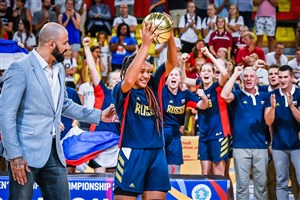 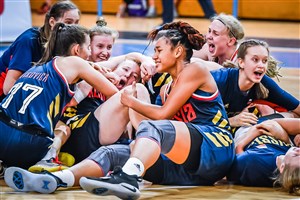 Tournament Tracker: Russia triumph, Italy off to U17 World Cup, while Denmark survive