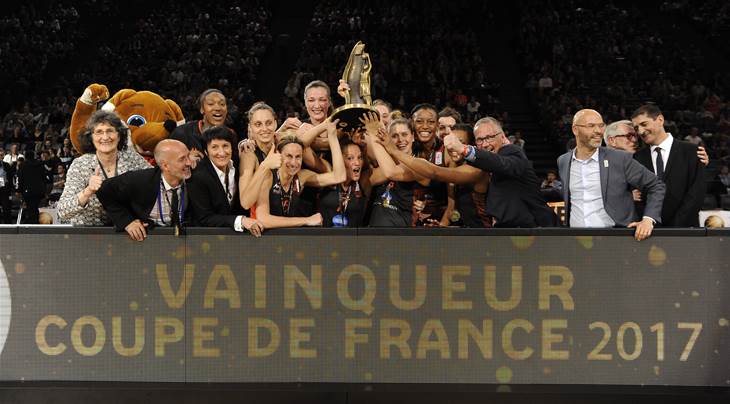 DOS SANTOS CROWNED MVP IN FRENCH CUP FINAL
It was Brazilian forward Clarissa Dos Santos who walked away with two medals after she not only carried Tango Bourges Basket to a famous Cup success, but was also crowned MVP after scoring 26 points and grabbing 6 rebounds.

Her performance underpinned the entertaining 75-65 victory and most importantly it secured an automatic passage back to EuroLeague Women for Bourges, who have struggled in the LFB for much of the campaign.

Amel Bouderra had 16 points and 11 assists in defeat, while Kim Mestdagh also impressed for Carolo Basket with a team-high 25 points.

TAURASI AND GRINER CUT DOWN KURSK
UMMC Ekaterinburg got the perfect reaction to their EuroLeague Women Final Four disappointment by winning the first game of the Russian Premier League Finals on the road at Dynamo Kursk.

SLEZA WROCLAW JUST ONE STEP AWAY AGAINST WISLA
There looks like there could be a new Polish Champion after Sleza Wroclaw moved to within one win of landing the BLK Championship. They are now 2-0 ahead in the Finals against reigning champions Wisla-Can Pack, who can now only defend their coveted title if they win three consecutive games against their rivals.

Having won the opening encounter 71-65, Sleza Wroclaw were even more commanding in the second meeting after brushing aside Wisla 73-57 off the back of a majestic 30 -point haul from Marissa Kastanek.

This will seem like quite an accomplishment for head coach Maros Kovacik – the club's fourth play-caller in a turbulent campaign.

ZVVZ USK PRAGUE EDGE CLOSER TO ANOTHER TITLE
Czech Republic powerhouse ZVVZ USK Prague have one more win to collect in the ZBL Finals to land yet another Championship. They made it 2-0 against Hradec Kralove with a 73-51 victory – despite being without headline duo Sonja Petrovic and Candice Dupree.

It was Latvian frontcourt star Anete Steinberga that did the damage, as she collected a double-double of 15 points and 11 rebounds.

Beretta Famila Schio moved 2-1 ahead in their Semi-Finals series against Passalacqua Ragusa as Jolene Anderson and Isabelle Yacoubou scored 19 and 19 points respectively in a 75-61 road win.

The top four seeds in the Turkish League all got off to a winning start in the KBSL Quarter-Finals as Yakin Dogu Universitesi, Fenerbahce, Galatasaray and Bellona Agu went 1-0 ahead in their respective series.

After a decade of trying, Keravnos Strovolou have finally been crowned champions of Cyprus after beating perennial winners AEL Limassol 50-44, to take a 3-2 series win in the Finals. 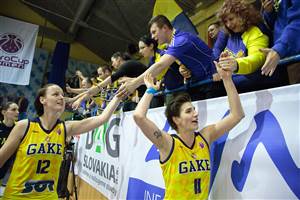