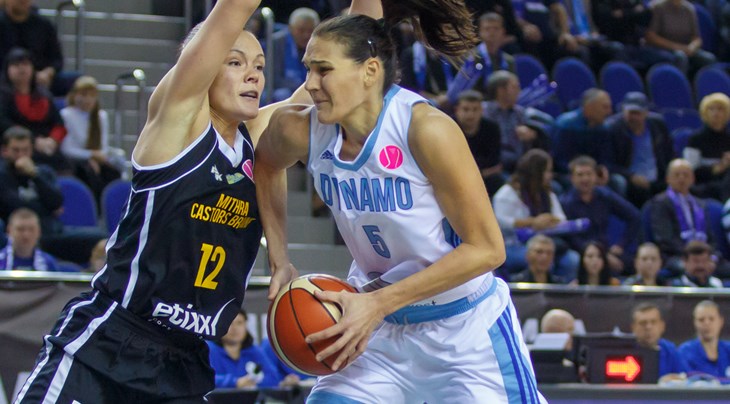 MUNICH (EuroLeague Women) - An off-season move has done little to upset the rhythm of Sonja Petrovic, who showed her injury concerns are behind her, picking up an efficiency of 31 to take Week 1 Top Performer honors.

Following on from her outstanding performance in the SuperCup Women less than a week earlier, Petrovic saw defending champions Dynamo Kursk start their campaign off on the right foot, scoring 26 points, accompanied by 5 rebounds, 3 assists, 2 blocks as they ran by tournament returnees Castors Braine, 84-68.

Despite being on the losing side in that game, Belgian international Antonia Delaere still did enough to make the week's Top Performer team, with a notable 20 points, shooting 6-of-8 from the field and 7-of-8 from the free throw line.

Sopron unveiled a new-look team on Wednesday night and indeed, it appears to be a winning one. Particularly impressive was Tina Jovanovic under the hoops, with the Serbian finishing with an 11-point, 12-rebound double-double in a comprehensive 72-55 win over Galatasaray.

With fellow Spanish international Laia Palau moving on from the Czech capital, it was up to Marta Xargay to pull the strings for last year's Final Four contenders, ZVVZ USK Praha. She did just that, finishing with 19 points, 7 assists, 6 rebounds and 3 steals as Praha held on for a 64-61 victory over Tango Bourges Basket.

Completing this week's team is Maurita Reid. Despite Wisla Can-Pack losing on the road to UMMC Ekaterinburg 79-68, Reid ended the night with 24 points, thanks to a fine performance in her Polish club's backcourt. 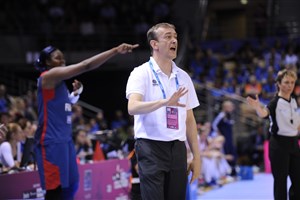