The forward was unstoppable and the standout player with a performance efficiency valuation of 36 in the absorbing 83-80 victory. Mavunga harvested a superb 25 points and 17 rebounds as well as coming up with four precious blocked shots. 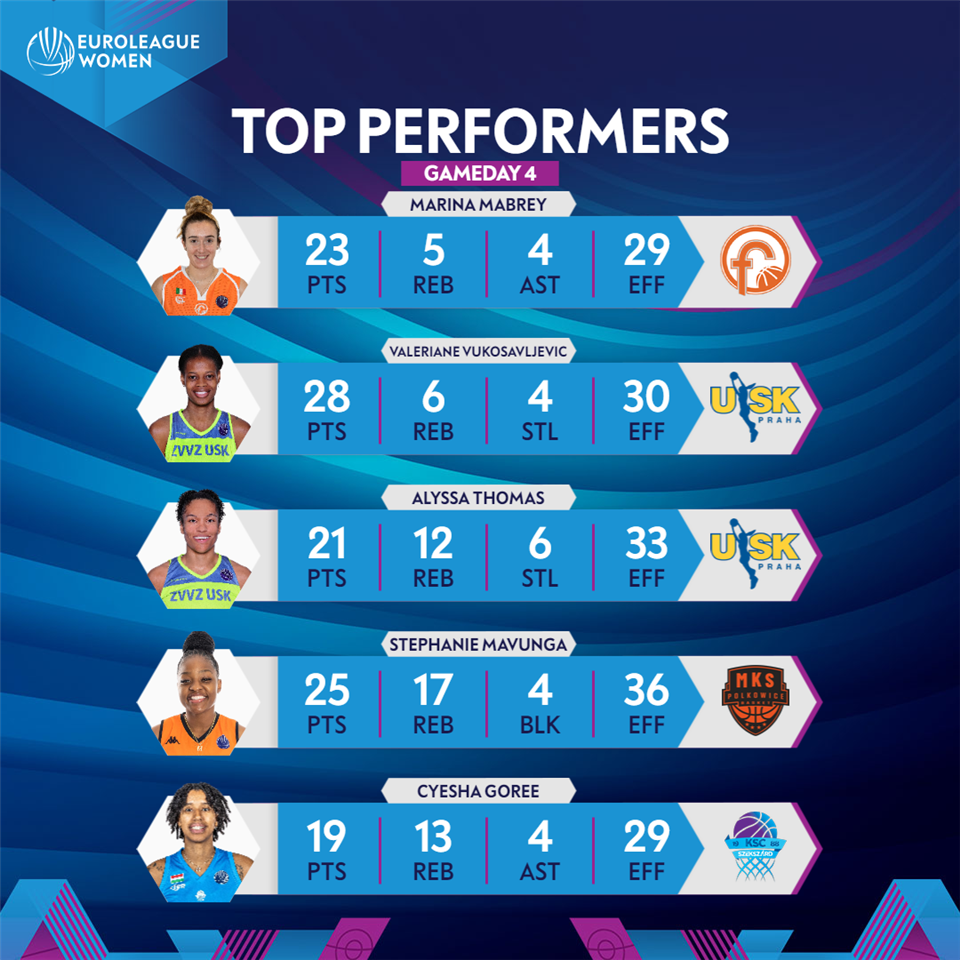 Alyssa Thomas was unfortunate to be on the losing team as she once again showed out for USK Praha, bagging a typically all-action 21 points, 12 boards, 6 steals and 4 assists.

Similarly, her teammate Valeriane Vukosavljevic was also on fire but ended up with the disappointment of a narrow defeat after logging 28 points, 6 rebounds, 4 assists and 4 steals.

Marina Mabrey is looking like a fine addition to the Beretta Famila Schio backcourt and she was the fuel for a 78-58 triumph at Basket Landes. The guard claimed a smart 23 points, also adding 5 assists, 4 rebounds and 2 steals.

There was also a nice 78-69 win for Atomeromu KSC Szekszard who eased out Olympiacos SFP thanks mainly to a fine effort from center Cyesha Goree. She showed her full range of talents with 19 points, 13 rebounds and 4 assists, including shooting 3 of 4 from the perimeter. 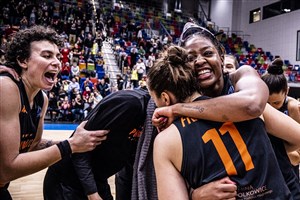 Let the race begin: Who are the very early MVP contenders? 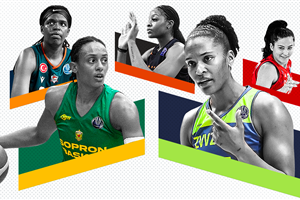 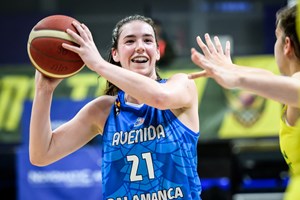 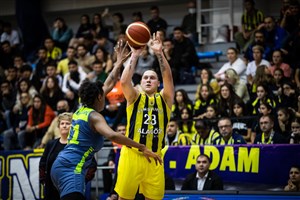 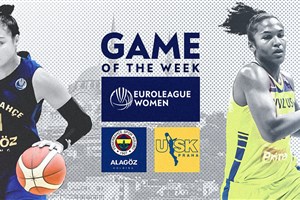