MUNICH (Germany) - Kayla McBride led the way in efficiency during Gameday 4 and that was a big relief for Fenerbahce Safiport, who were under pressure to get their season back on track.

The prospect of falling to an unthinkable 1-3 record didn't materialize as the guard poured in 28 points in a comprehensive 73-47 win against Sopron Basket. Inflicting a first loss of the season on the visitors, McBride also added 6 assists and five rebounds to harvest an efficiency valuation of 34. 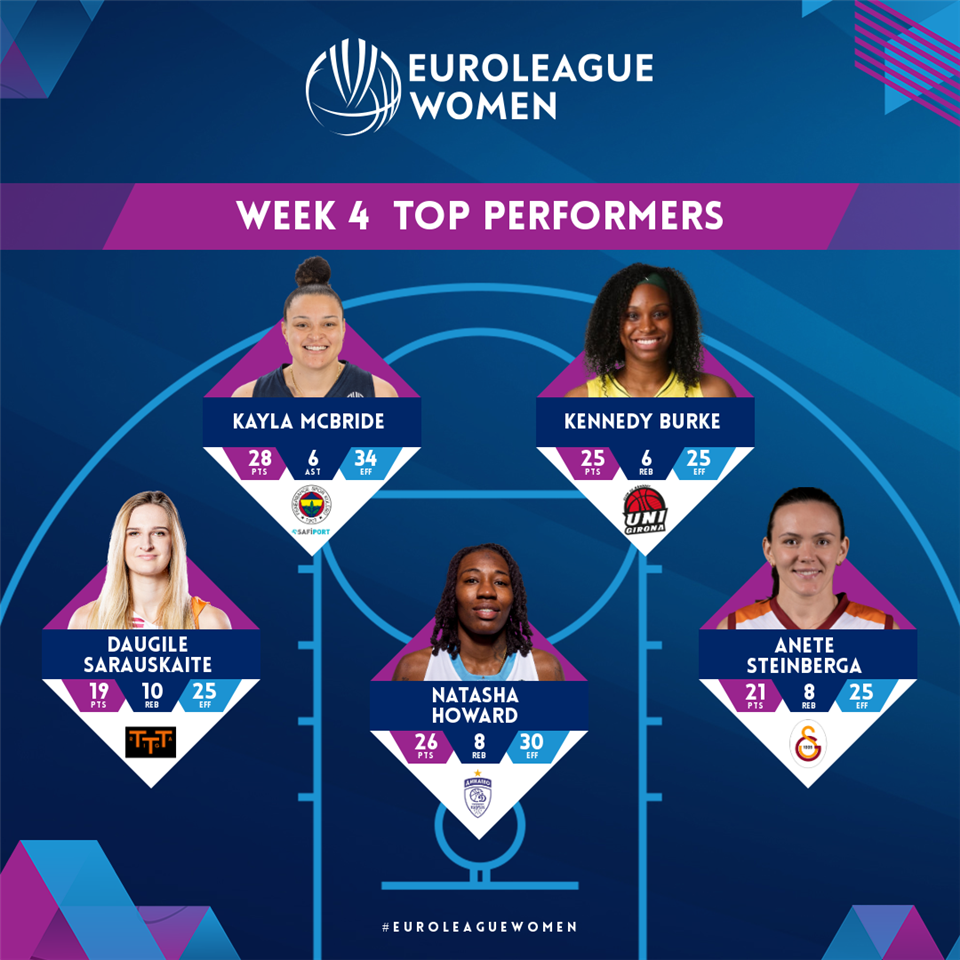 Natasha Howard helped Dynamo Kursk react to their week 3 defeat with a towering performance against Spar Girona as the Russian club completed a 92-75 success. The forward claimed 26 points and shot almost 70 percent from the field, as well as pulling down 8 boards.

In the same game, Spar Girona guard Kennedy Burke did everything she could to ensure her team avoided a loss, but her impressive 25 points and 6 rebounds, for an efficiency rating of 25, was in vain.

Anete Steinberga was the centerpiece for Galatasaray as they rolled over Basket Landes with ease 83-64. The Latvian frontcourt ace came up with 21 points and 8 rebounds.

Finally, while a Latvian player was shining in Istanbul, Latvian club TTT Riga were impressing on home soil as they secured consecutive wins. Daugile Sarauskaite was a standout contributor as she produced 19 points after going 75 percent from the floor. She also added with 10 boards to complete a double-double in the 71-57 victory against Umana Reyer. 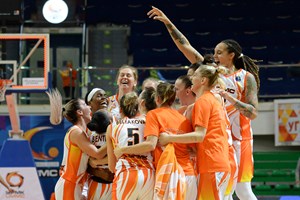 Drama as Bentley hits a birthday game-winner for UMMC, history for MBA Moscow 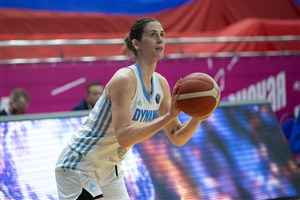 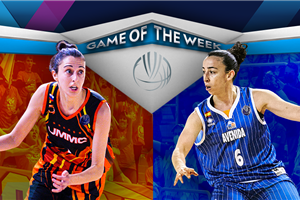 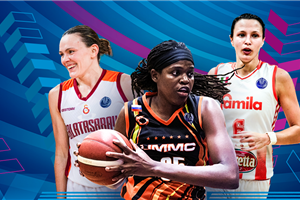