GIRONA (Spain) - Chelsea Gray has every right to feel more frustrated than most of her fellow athletes at the basketball chaos caused by the COVID-19 pandemic.

Earlier this year she was riding the crest of a wave, having stood out for her country at the FIBA Women's Olympic Qualifying Tournament in Belgrade and having also penned a mid-season deal with Turkish powerhouse Fenerbahce.

However, instead of challenging for a place at EuroLeague Women Final Four and realizing an Olympic dream in Tokyo, she found herself locked down and then having to adjust to life as a baller under COVID-19 restrictions as part of the WNBA Bubble.

Now back at Spar Girona where she spent time earlier in her career, Gray is looking forward to the prospects of getting back to EuroLeague Women business, with the Spanish club preparing to face ACS Sepsi-Sic in the Qualifiers.

"I was frustrated that our season was cut short last year," said Gray.

"I came late to Fenerbahce and I felt I was just getting into a rhythm and getting used to my teammates. We were peaking at the right time, and we were one game away from moving to the next round, but that particular team will probably never be together again."

She continued, "Girona is amazing. I had great memories of this city, this organization, and the fans. Honestly, I didn't know that an overseas was going to be able to take place at all, because of the pandemic. But when Girona reached out, I got excited because all of those memories came flooding back in.

"I also kind of have unfinished business in Spain and I'm expecting a hard fought and an exciting game against Sepsi-Sic in the Qualifiers. Each team knows what’s on the line and what they're playing for, so I'm excited!"

Stepping out as usual with the Los Angeles Sparks during this past WNBA season, Gray already has experience of the new dynamics that players must contend with both before, during and after games. And, it's something that could prove important if Girona make it to the Regular Season and get to compete in the new format which will see a number of 'hubs' - rather than the traditional weekly grind.

"I just want everyone to be safe - that’s the number one priority," reiterated Gray.

"I'm cautious all the time, but it’s even more important when we travel for away games and we have to be on a plane. Covid is always in the back of my mind.

These games about to come at y’all quick! Stay tuned... 👀 #Gameday

"Playing in the WNBA this past season prepared me to play without any fans in the gym. So being in Europe and having limited fans isn't as new as it may be to others. But it's still a part of the game that I really miss. The energy and the crowd just makes it so much better playing the game that I love.

If the versatile and free-scoring star can get back on the EuroLeague Women track and inspire Girona on a good run in the competition, that would go some way to making up for the Fenerbahce project being curtailed prematurely,

Meanwhile Gray is also looking to make up for that disappointment of Tokyo being out on ice. Not least because what happened in the Olympic Qualifying Tournament came something out of the blue, having only arrived to the USA party lately. 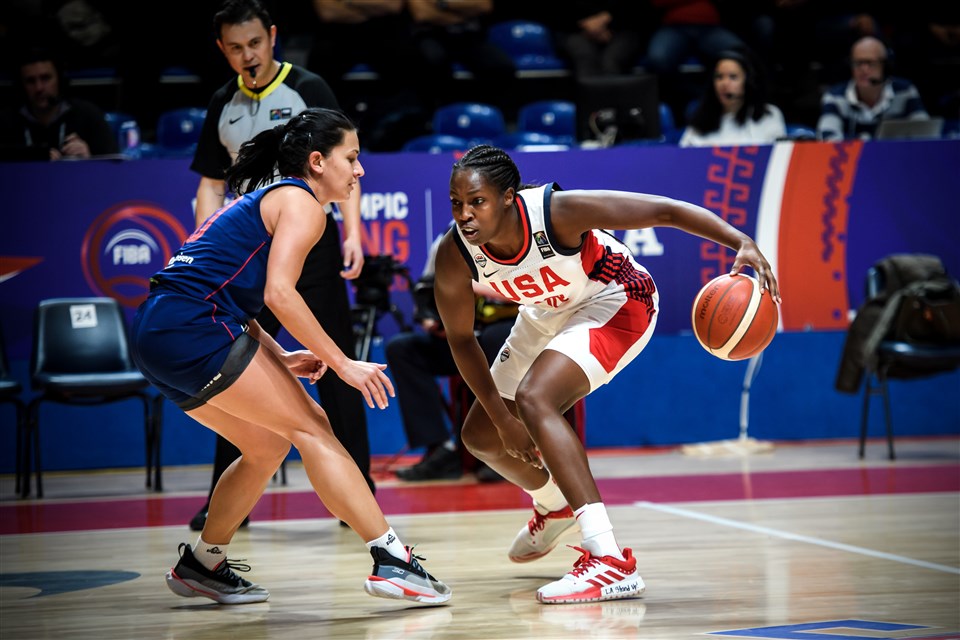 "It's exciting every time I have the chance to wear USA across my chest and (the Pre-Qualifier and Qualifying Tournament) was actually my first time competing in an official competition on a USA team of any kind.

"But we're still hopeful for 2021, and I hope I can continue to rep USA across my chest," concluded Gray.

Who will clinch the last tickets to the EuroLeague Women Regular Season? 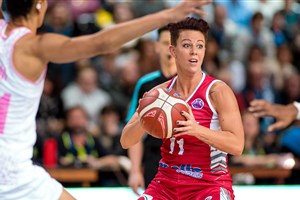