The Ukrainian ace was unstoppable in the big 91-74 derby win against Galatasaray as she amassed an eye-popping valuation of 39, having sunk 32 points, handed out 7 assists and grabbed 4 rebounds in the contest. 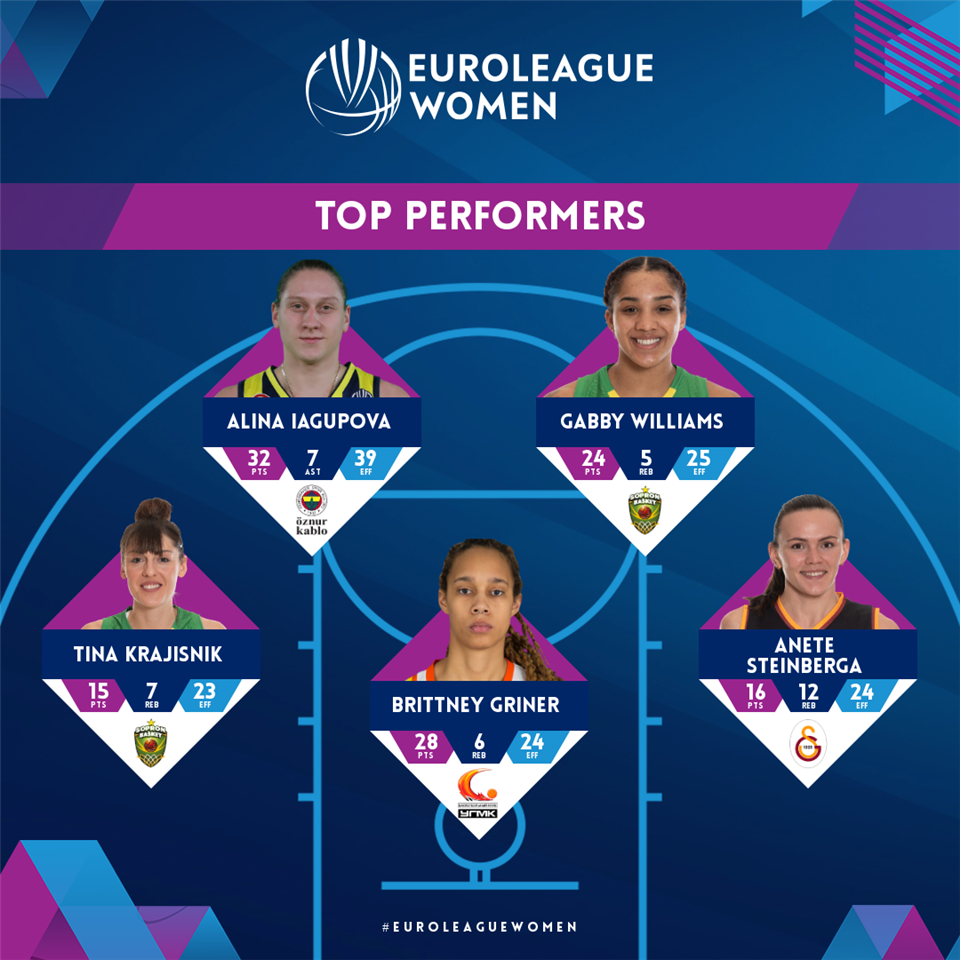 While the Final Four dreams of Galatasaray are hanging by a thread, their hopes would have been extinguished altogether had Anete Steinberga not sealed a double-double of 16 points and 12 rebounds.

Gabby Williams continued her good form for Sopron Basket as they effectively placed one foot into the Final Four, courtesy of a 94-66 blowout of LDLC ASVEL Feminin. She displayed her usual energy at both ends of the court, finishing the game with 24 points from a deadly shooting effort and clutching 5 rebounds.

Williams is joined by her teammate Tina Krajisnik who continued her excellent campaign with a prominent role in the victory as she garnered 15 points and 7 boards.

Brittney Griner missed the early part of the Regular Season with UMMC Ekaterinburg and is now making up for lost time. She was a commanding presence for her team as they eased their way to an 80-67 win against Dynamo Kursk, with the center accumulating 28 points and 6 rebounds. 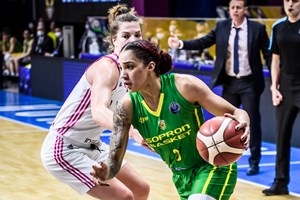 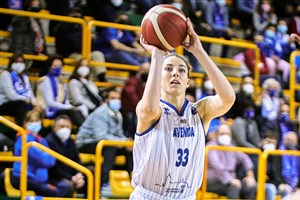