ISTANBUL (Turkey) - UMMC Ekaterinburg are eying up a sixth EuroLeague Women title after squeezing past Fenerbahce Oznur Kablo 88-84 in a compelling Semi-Final in Istanbul.

In what proved to be an exciting and absorbing advert for the female game and the competition, both teams left it all on the floor in a game that will be talked about for a long time as one of the great Final Four match-ups.

Turning point: With UMMC leading by a point with around 90 seconds remaining, Breanna Stewart then came up with a priceless putback score that gave UMMC the breathing space they needed to get over the line.  Especially after Alina Iagupova put the Russians under late pressure with an incredible three-pointer from way downtown.

Game heroes: Allie Quigley had not been talked about much in the build-up to the game, but she showed this was a mistake as she lit it up. The UMMC guard was sensational and finished with 27 points after shooting the lights out and going 65 percent from the field.  Stewart also weighed in with 17 points and 8 boards.  The loss was tough on Iagupova who had a sensational 26 points and 8 assists in defeat.

Stats don't lie: As anticipated, while Fenerbahce played great, they did struggle to stop UMMC inside, with Ekaterinburg shooting a very healthy 53 percent from two-point range.

Bottom line: Both teams produced a classic that was enjoyed by all the neutrals. Fenerbahce gave it everything, stood toe-to-toe with UMMC and almost caused a big upset. They could barely have done any more and will be hugely proud of the job they did, while disappointed they couldn't make the Final. UMMC will probably breathe a huge sigh of relief but got the job done and now continue unbeaten to the title game. 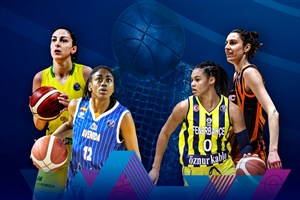 Perfumerias Avenida lock down Sopron Basket to soar into the Final 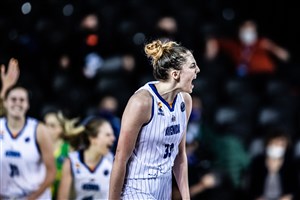