MUNICH (Germany) - The second week of the EuroCup Women Regular Season threw up some spectacular player performances, including one of the best the competition has seen in recent years.

Olga Dubrovina produced a majestic display for BC Prometey on the road in a 117-83 win at Uni Gyor as she corralled a massive efficiency score of 44. The Ukrainian guard shot the lights out and made an eye-popping 11 of 12 attempts from the field as she scored 32 points to go with 9 assists and 7 rebounds. While the numbers of Dubrovina stood out, there were a few other highly impressive outings, including Alaina Coates who carried Nesibe Aydin past Neve David Ramla 79-64 with a tremendous 18 points, 16 rebounds and 5 steals.

Kaela Davis knows what it takes to win the competition having landed the silverware with Galatasaray and she could help Tenerife make a deep run if she replicates her form from the game with Banco Sardegna Sassari. She carried her team to an 82-64 victory with a fine 31 points and 10 rebounds.

Evelyn Akhator of Flammes was in the mood and this week and her trademark power was not handled by Virtus Segafredo Bologna. The Nigerian forward tortured her Italian opponents with 22 points and 16 rebounds in an 84-46 triumph.

It was a great week for French teams as they completed a clean sweep, with Ornella Bankole central to Roche Vendee winning at Lointek Gernika. The French star found her range and shot 75 percent to eventually accumulate 29 points and 7 boards in a 90-78 success.

Steph Mavunga excelled for BC Polkowice as they moved past Hatayspor 83-72 thanks mainly to her contribution of 25 points and 14 rebounds, with a spot in the best performers also going to Milica Jovanovic of DVTK. The Montenegrin was on fire with 26 points, 7 rebounds and 4 assists in a 65-58 win against Nika Syktyvkar. 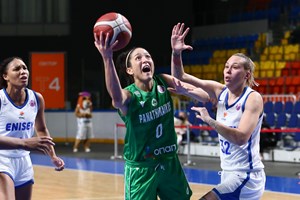 Greek giants Panathinaikos and Olympiacos both get it done 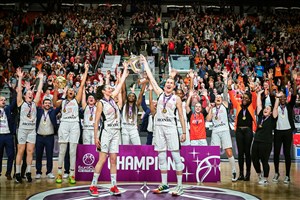 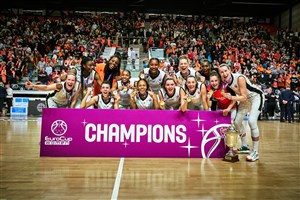 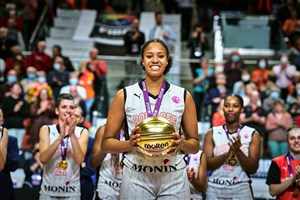