MUNICH (Germany) - There was plenty to celebrate on Wednesday night for no fewer than eight EuroCup Women clubs who all extended their respective stays in the competition by booking spots in the Play-Off Round 1.

With one week of the Regular Season to spare, ambitious Ukrainian club Prometey showed their teeth again as they swept aside Uni Gyor 94-68.

Joyner Holmes registered a stellar 31 points, 13 rebounds and 5 assists to fire them to the next stage.

They will be joined by Group B rivals ACS Sepsi-SIC who eased out Elazig Il Ozel Idare 71-65 on the road. Montenegrin guard Jovana Pasic showed out with 21 points, 9 rebounds and 3 steals, with her team also shooting a deadly 50 percent from long range.

Alaina Coates was too hot to handle for the Neve David Ramla defense in Group D as the Nesibe Aydin center powered her team to a memorable 86-60 victory with 16 points, 12 rebounds and 4 assists. That wrapped up another bit of history for the Turkish rookies as they advance to the next phase

Just another day at work for Alaina Coates... 😤

In Group E, Olympiacos SFP outlasted KKZ Crvena Zvezda 78-70 with a strong team display, headed by 17 points from Anna Stamolamprou as they rubber-stamped a berth. This result also led to celebrations for NKA Universitas PEAC in Group D and Orman Genclik with DVTK in Group F as it gave them the green light to go through.

The early season struggles of LDLC ASVEL Feminin are now a distant memory as they improved to 4-1 off the back of a comfortable 77-60 win at MBK Ruzomberok to make it out of Group J. Aleksandra Crvendakic netted 20 points, with forward Alexia Chartereau offering up 15 points and 9 rebounds.

Elsewhere, Tenerife were too good for the visiting Banco Sardegna Sassari in Group G as 29 points from Megan Walker catapulted them to a a one-sided 88-56 win.

A big run either side of half-time helped the already qualified Roche Vendee move past Lointek Gernika 75-58 in Group H, while they were also assisted by 20 points from Tiffany Clarke and 15 points from Ornella Bankole. 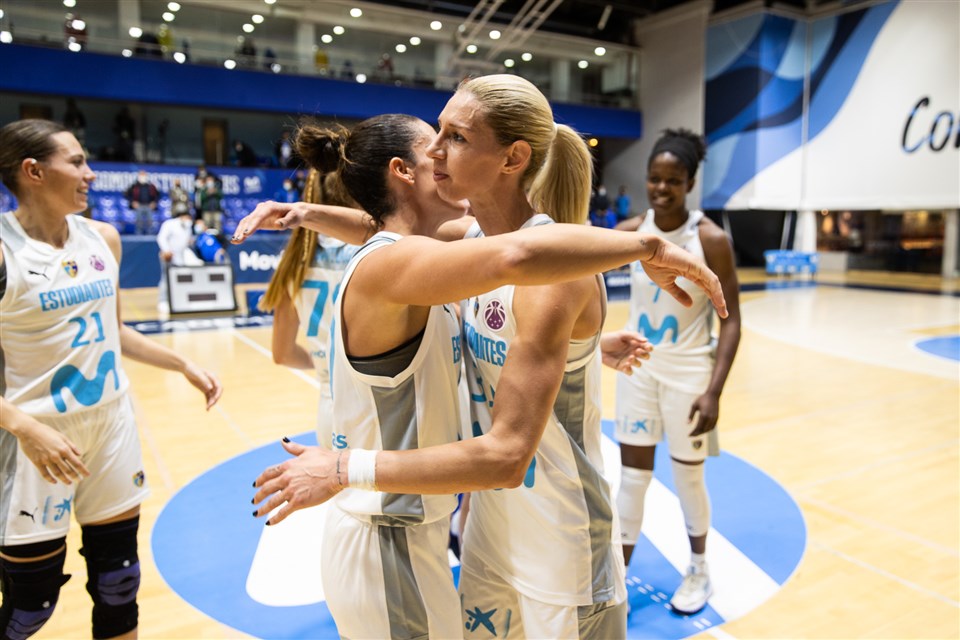 There was a huge win for Movistar Estudiantes in Group J as they took down Liege Panthers 93-52. Forward Nadia Fingall dropped a double-double of 14 points and 12 rebounds from a 7 of 9 shooting display.

Lastly, Zabiny Brno boosted their prospects of making the next phase via Group K by beating London Lions 68-41 and based on holding the visitors to just 5 points in both the first and third quarters. Natalie Stoupalova did the business for Brno with 14 points and 10 rebounds. 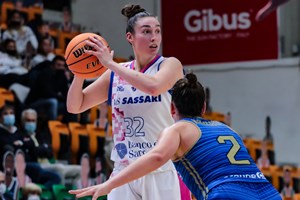 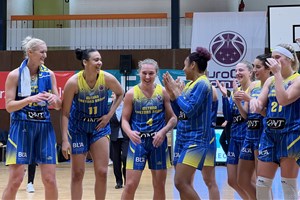 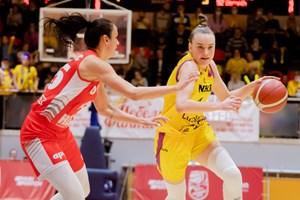 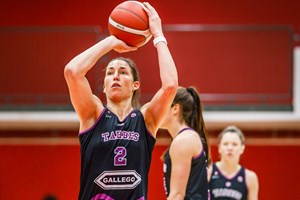