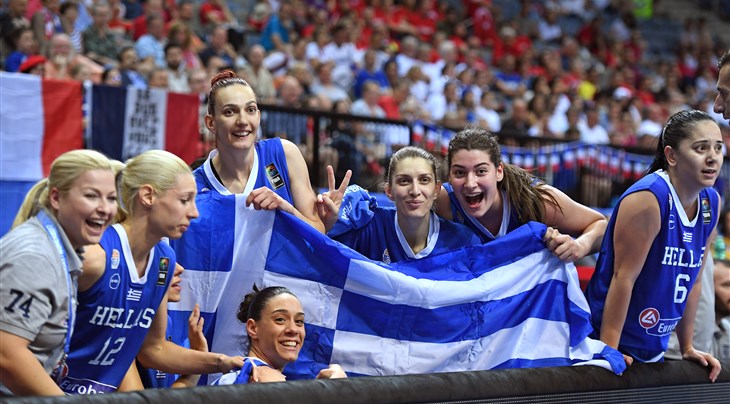 Greece and Belgium make history to reach the Semi-Finals

Greece produced the day's major surprise, although they were convincing and deserving winners over a lackluster Turkey. A 21-3 run straddling the half-time interval broke the game open in Greece's favor, with the Greek defense impressing once again on the way to an 84-55 victory.

Evanthia Maltsi continued her stunning run of performances at the tournament, the 38-year-old digging deep for a double-double of 25 points and 10 rebounds. She was well supported by backup playmaker Lolita Lymoura, who added 7 points, 7 boards and 10 assists. The team's wonderful performance earned high praise back home.

Joining Greece in the Semi-Finals for the first time will be Belgium, who took down Italy on the back of a stellar performance from Emma Meesseman. The star big notched 28 points, adding 11 boards, 5 assists and 5 blocks as Belgium took the 79-66 win.

Belgium ran out to an early 16-point lead, but Italy clawed their way back, with Cecilia Zandalasini (23 points) delivering again. But the Belgian team weathered the storm to pull away in the fourth quarter, Meesseman aided by 19 points and 8 assists from Kim Mestdagh and 17 points from Ann Wauters. Belgium's run has captured the imagination of the folks back home, including national soccer team goalkeeper Thibaut Courtois.

Spain set up an exciting Semi-Final against Belgium with a comfortable 67-47 win over Latvia, establishing a 15-point lead in the opening period and never allowing their opponents to get close. Alba Torrens led the way for the Spanish team with 20 points, and Marta Xargay added 16.

France completed the Semi-Final lineup by cruising to a 67-40 victory over Slovak Republic, who got off to a woeful start that they simply couldn't recover from. Valeriane Ayayi had a team-high 13 points for France, who will meet Greece on Saturday in a repeat of a match that France won in the Group Phase.With Spain's progression, the winners of Saturday's classification games between Turkey and Slovak Republic, and Italy and Latvia, will join the four Quarter-Final winners at the FIBA Women's Basketball World Cup in Spain in 2018. 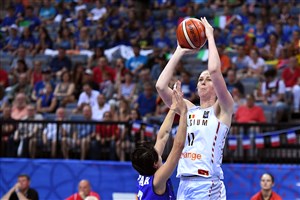