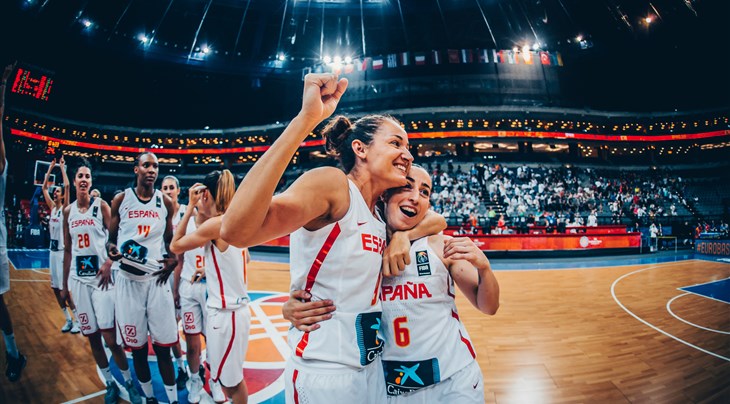 Spain jumped on Belgium early in the first Semi-Final, holding Emma Meesseman scoreless for the first 20 minutes to establish a 15-point halftime lead that proved too much for Belgium to recover from as Spain eased to a 68-52 victory.

Sancho Lyttle's tenacious defense in the post helped to spur Spain to victory, adding four steals to 9 points and 7 boards. Alba Torrens was imperious on offense, ending with a game-high 20 points as well as 10 rebounds.

Greece gave France more to worry about, tying the game in the third quarter with the fighting spirit that has served them so well during the tournament. But France surged clear with a 22-3 run to finish with a 77-55 win.

France's depth was again demonstrated with every player getting on the scoresheet, Endene Miyem leading four players in double figures with 13 points. Styliani Kaltsidou had 15 points in defeat for Greece.

In Classification Games for 5th to 8th place, Latvia and Turkey sealed qualification for the FIBA Women's Basketball World Cup 2018 with victories over Italy and Slovak Republic, respectively.

Kristine Vitola and Aija Putnina had 15 points and two blocks apiece for Latvia, helping to overcome a monumental effort from Cecilia Zandalasini, who racked up 25 points and 14 rebounds.

Turkey cruised to victory over Slovak Republic, breaking the game open with a 13-3 run to begin the second half, going on to take the 72-56 win. Quanitra Hollingsworth led all scorers with 20 points, while Isil Alben, Tugce Canitez and Birsel Vardarli Demirmen provided solid contributions. 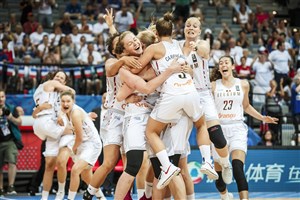