VALENCIA (Spain) - Israel charged back from an 18-point deficit to upset the FIBA Basketball World Cup 2019 champions Spain with a 95-87 victory thanks to a second half for the ages to remain undefeated in the FIBA EuroBasket 2022 Qualifiers.

Israel trailed by 16 points at the break but tallied 59 points in the final 20 minutes to move to 3-0 in Group A while handing Spain their second straight loss - both of them on home soil - to drop to 1-2.

Turning Point: Spain had built an 18-point second-quarter lead and were ahead by 16 points at halftime before Israel drained five straight three-pointers in a 24-6 surge to start the second half and take the lead. That set the tone for the rest of the game and gave Israel the confidence to counter any challenge Spain could mount.

Game Hero:  Tamir Blatt had a huge second half, hitting all four of his three-pointers in scoring 16 of his 21 points after halftime while dishing out seven of his nine assists in the final 20 minutes.

Stats Don't Lie: Israel connected on 12-of-23 three-pointers for 52.2 percent, but Oded Kattache's team drained 10-of-17 triples in the second half.

Bottom Line: Israel emphatically moved to 3-0 in the group and can lock up a spot at FIBA EuroBasket 2022 on Monday while Spain have made things more difficult for themselves with a 1-2 mark ahead of their next game against Romania. 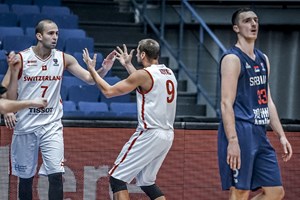 Which teams can book their spot at FIBA EuroBasket 2022 on Sunday? 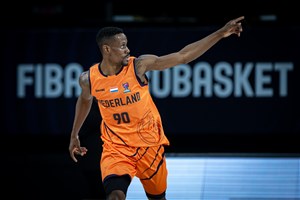