MUNICH (Germany) - FIBA EuroBasket 2022 celebrated unprecedented levels of success both on and off the court in the return of Europe's flagship event.

More than 651,000 people attended the tournament across 76 games in five different venues from September 1-18, 2022 with the overall number almost double the combined figure from the previous edition in 2017.

Cologne set a new record for attendance of a Group Phase with an overall total of 236,515 spectators which averaged out at 15,768 per game as fans were able to take in high-level action in Group B as well as record-breaking feats such as Slovenian star Luka Doncic scoring the most points in a single game at EuroBasket for 65 years. 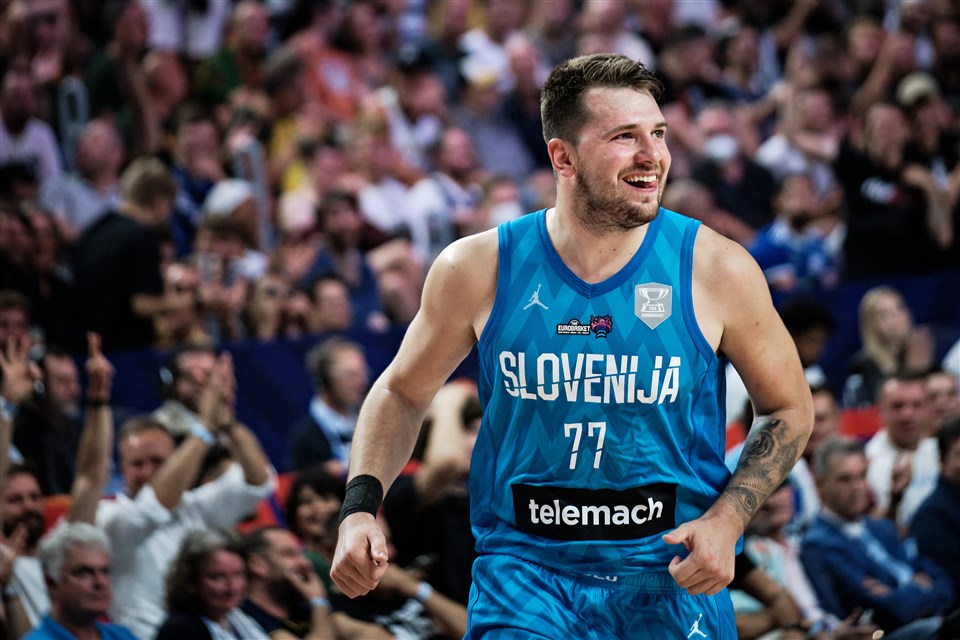 The exciting action on the court was met with further digital growth as the tournament generated an outstanding 4.2 billion impressions on social media along with 971 million video views across the competition with 45 percent directed from FIBA's own channels.

Half of the 140 million engagements came through FIBA's own content with the official EuroBasket channel on Instagram soaring beyond 250,000 followers during the tournament as well as passing 50,000 on Twitter. 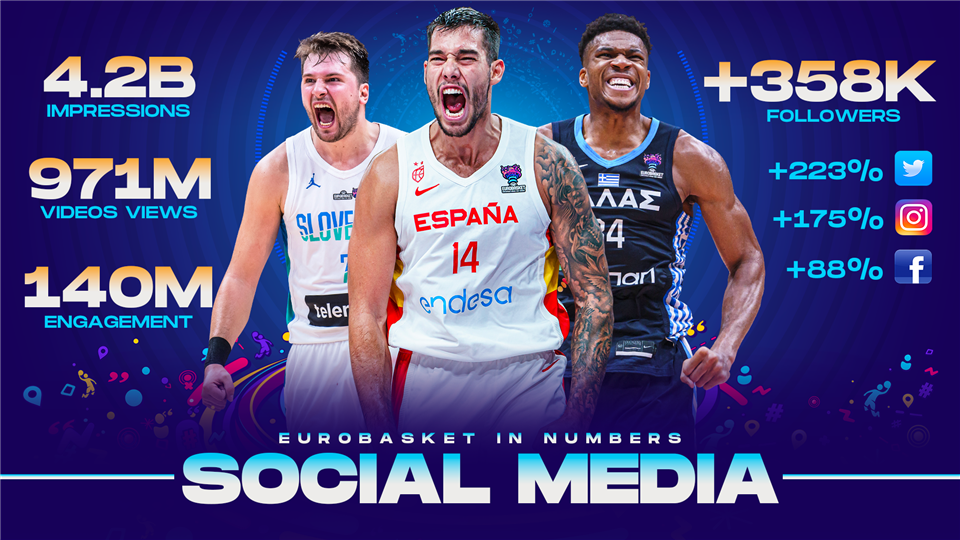 The official website attracted a total of 21.5 million page views, while there was an increased level of interest in covering the event with a combined total of 1,256 accredited media made up of rights holders and non-rights holders.

Live broadcasts of EuroBasket 2022 were enjoyed by millions of fans across Europe and the rest of the world via FIBA's broadcast partners, complemented by the Courtside 1891 digital service.

All decisive games of the tournament – both Semi-Finals, the Third-Place Game and the Final – were all on free-to-air channels in all four countries who reached this stage of the competition.

Spain's victory against France in the Final was watched by 3.75 million people on Telecinco – with a market share of 28.9 percent and peak of 8.5 million – making it the most viewed basketball game in Spain since the FIBA Basketball World Cup 2019 Final. 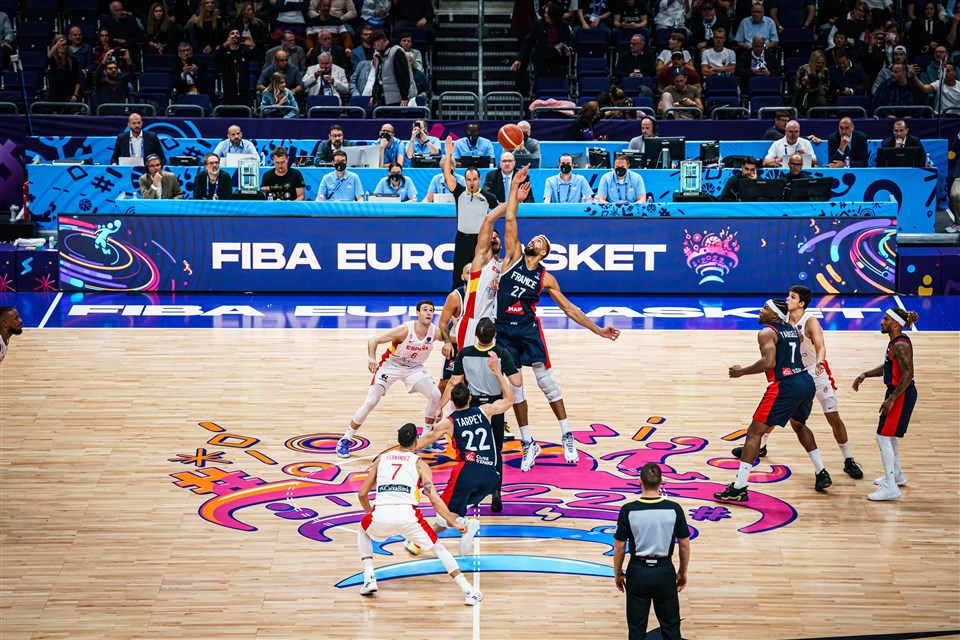 The title-decider was watched by 2.3 million spectators on M6 in France, with a peak audience of 3 million – in addition to the audience on Canal+.

The Semi-Final involving the hosts Germany and Spain captivated viewers in the host nation with over 4 million tuning into the live coverage on Magenta and RTL.

In Poland, the Third-Place Game against Germany generated a peak audience of 1.3 million on TVP1 and another 0.7 million on TVP Sport.

More broadly, live telecasts of the national team games in EuroBasket were a dominant television presence across traditional powerhouses such as Greece, Slovenia and Lithuania, but also in newer basketball markets such as Finland where the Susijengi's run to the Quarter-Finals made a major impact, particularly amongst key younger demographics. 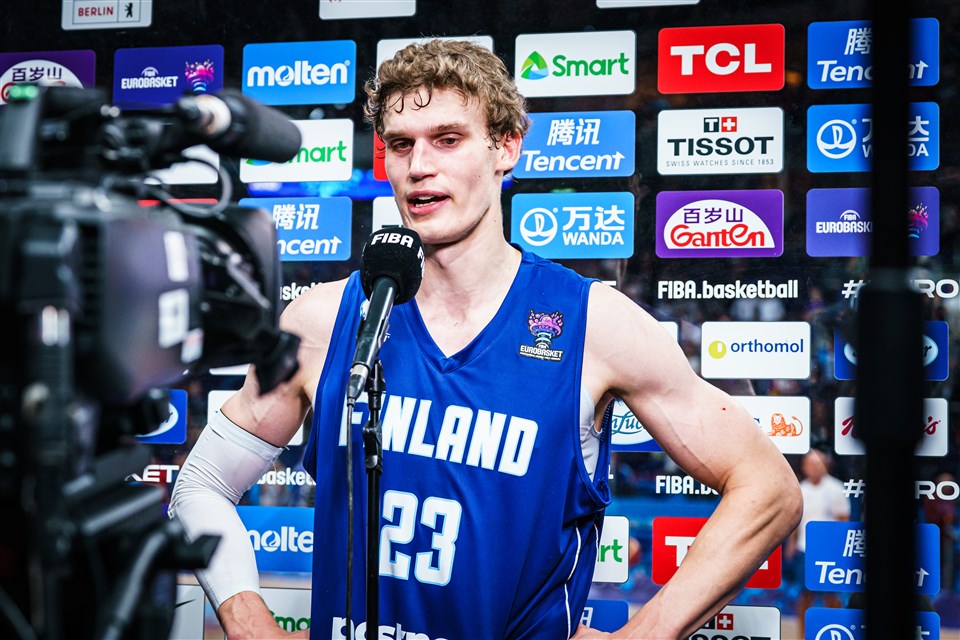 EuroBasket 2022 provided ample evidence of the power of national team basketball as a major audience driver for free-to-air broadcasters across the continent, giving the sport unmatched visibility and a place in the national consciousness.

"With FIBA EuroBasket 2022 now concluded, I think we can unequivocally say that it was the best in many different regards," said FIBA Executive Director Europe Kamil Novak.

"The 2022 edition will go down in the books as the strongest one to date with the top European stars answering the call for their national teams. The unprecedented digital engagement from fans and the popularity of the event on TV confirms its continuous growth in stature in Europe and beyond, with attendance numbers for the event also very powerful."

The 2022 event was the third iteration of FIBA EuroBasket to be co-hosted by four countries, with the multi-hosting format also in place for the upcoming FIBA EuroBasket 2025, which will be organized in Cyprus, Finland, Latvia and Poland. 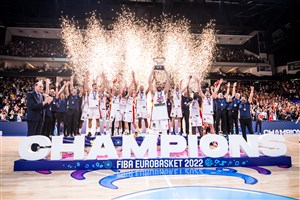 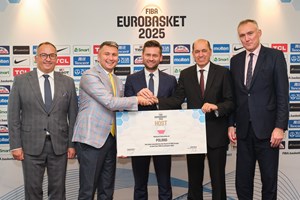 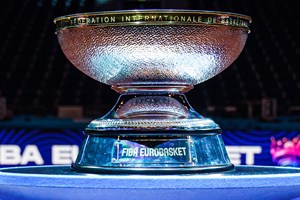