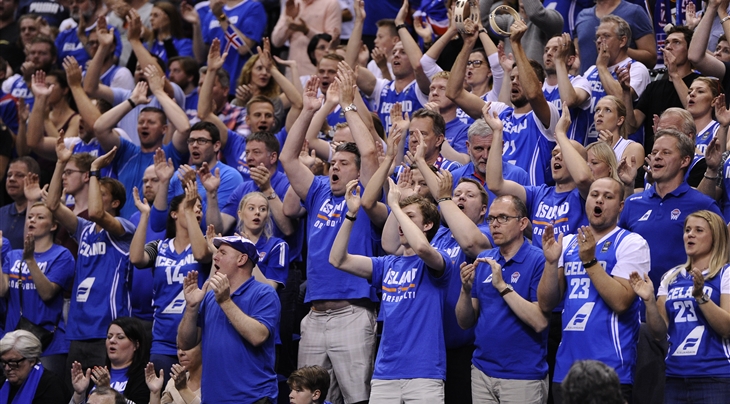 First implemented with great success at FIBA EuroBasket 2015, each of the tournament hosts is allowed to select a partner federation. This guarantees the partner federation will be drawn into the same group as the respective host at the FIBA EuroBasket Draw. The key benefits behind the partnership are to assist in ticket sales and forge a stronger relationship between the two countries.

Finland chose Iceland as their partner, encouraged by the enthusiasm that Icelandic fans show in traveling to support their team. This was first evidenced in Berlin in 2015 when Iceland made their FIBA EuroBasket debut in front of a large hoard of travelling fans, and again in the summer of 2016 when an estimated 30,000 Icelandic people travelled to France to support their national football team at UEFA Euro 2016, making famous the distinctive chant which will no doubt ring out in Helsinki.

Finland themselves have made a name for themselves with their travelling fans, the Susijengi (wolf pack), in recent years, highlighted by the close to 10,000 supporters who were in Bilbao, Spain in 2014 for the FIBA Basketball World Cup. This encouraged France to invite Finland to be their partner federation for FIBA EuroBasket 2015.

"We are extremely excited about our partnership with Iceland. We are welcoming the Icelandic fans with open arms in Helsinki," claimed Ari Tammivaara, Director of the FIBA EuroBasket 2017 Finland LOC.

He continued: "Both Finnish and Icelandic fans are known for their unconditional support of their national teams, for their positive energy and joyfulness. It’s easy to picture Helsinki being a feel-good place to be during FIBA EuroBasket 2017."

The President of the Icelandic Federation and FIBA Europe Board Member Hannes Jonsson echoed the words of Tammivaara: "We are extremely happy to announce that we have come to an agreement with our friends in Finland and they have selected us as their partner federation for FIBA EuroBasket 2017 in Helsinki.

"Our fans are excited to experience EuroBasket once again and were right away hopeful to go to our Nordic friends in Helsinki when we qualified. Now that dream is confirmed and we have felt a great interest for the upcoming adventure next fall.

"It's our hope that now the whole Nordic family and basketball fans will gather in Finland and enjoy the positive and family friendly atmosphere that the Finnish and Icelandic fans have created in recent years and create a real basketball festival during EuroBasket in Helsinki.

"Basketball has been growing in the Nordic countries in the past years and now the next big step has been taken with Finland hosting EuroBasket and Iceland joining them, which is historical for Icelandic basketball and sport in general in Iceland."

FIBA Executive Director Europe Kamil Novak was equally as excited about the agreement. "Both of these nations have shown in recent years to have some of the most enthusiastic fans in Europe. The atmosphere they will create in Helsinki will epitomise everything that EuroBasket stands for, as a tournament to not only bring together the best teams in Europe, but also the best supporters."

The remaining three host federations are expected to announce their partners in the coming weeks, prior to the Draw, which will take place in Istanbul on 22 November.

FIBA EuroBasket 2017 runs from 31 August to 17 September next year, and will be co-hosted by Finland, Israel, Romania and Turkey. 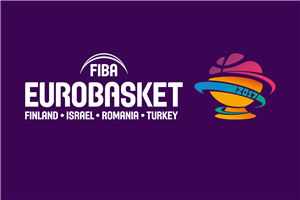 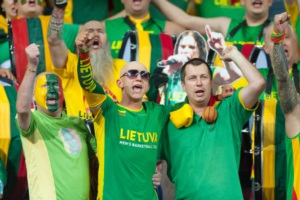