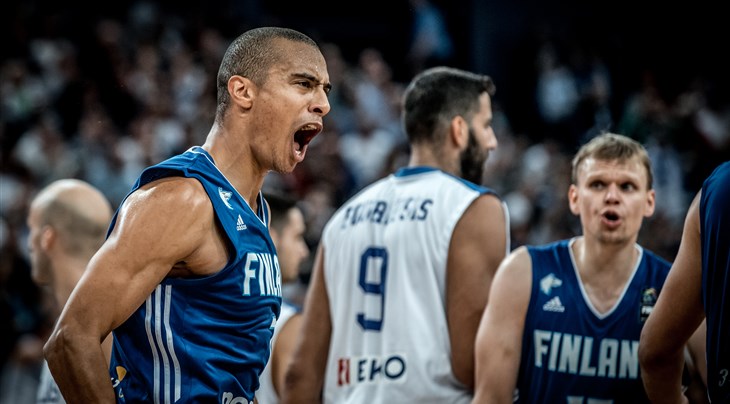 HELSINKI (FIBA EuroBasket 2017) - Only two more Round of 16 tickets are up for grabs after a busy FIBA EuroBasket day across Europe. Slovenia and Spain remain the only two unbeaten teams.

In Group C, Spain have collected their 10th straight win in FIBA EuroBasket, dating back to the Group Phase in 2015. Croatia put up a fight and were trailing just a point heading into the final minute of the game, but the youngest Spanish team member denied Croatia a chance of a victory. Juancho Hernangomez stopped Bojan Bogdanovic's drive to give Spain the lead for good, 79-73.

"[My block] doesn't matter. I mean, all the players played good defense. In the first half Bogdanovic made zero shots, but he's a great player, he's an awesome player, so we knew he was going to score and he ended the game with 16 points. He's good. We got lucky on the last play," Hernangomez said.

Montenegro and Hungary are also through. Montenegro defeated Czech Republic 88-75 with the three Nikolas doing the job: Vucevic with 17 points, 14 rebounds and 3 blocks, Ivanovic with 17, Pavlicevic with 13. Hungary have made history, reaching the Round of 16 with their second straight win, 80-71 against group hosts Romania.

Big win and huge success for us to qualify for the next round for the first time ever! Proud moment for all of us! @FIBA #EuroBaksket2017 pic.twitter.com/eQYj3WsfJN

In Group A, Slovenia were on cruise control en route to a fourth straight win, becoming the third team at FIBA EuroBasket 2017 to reach triple digits in a 102-75 win over Iceland. Goran Dragic led five players in double figures with 21 points.

France will join Slovenia in the Round of 16 after erasing what was a 12-point deficit against Poland. The final score was 78-75, Thomas Heurtel led the winners with 23 points on 9-of-11 shooting, and he also had 6 assists, 4 rebounds and 3 steals.

Finland also advanced, with an 89-77 win over Greece. Petteri Koponen channeled his inner Heurtel with 24 points and 6 assists, Lauri Markkanen had 17, and Teemu Rannikko finished with 14 points.

"The biggest thing for me is that we got 13,000 people here watching us play and every game is sold out, so we are doing something right," Rannikko said. Greece's defeat means their game against Poland on Wednesday will be an elimination game - the winner with through, the loser will go home.

In Group B, Georgia took out the hosts Israel with a 104-91 overtime win, led by Tornike Shengelia's 25 points and 19 rebounds. Georgia are still not through. If they lose to Italy, and Ukraine defeat Israel, Georgia will go out, Ukraine will book a flight to Istanbul.

Waiting there from Group B will be Lithuania, Germany and Italy. Lithuania had no trouble, defeating Ukraine 94-62, whilst Germany edged out Italy 61-55 in a low-scoring affair.

Finally, in Group D, the four tickets to the other side of Istanbul are going to Latvia, Serbia, Russia and Turkey. The hosts defeated Belgium 78-65, as Furkan Korkmaz gathered a game-high 14 points.

"It was very stressful, but it was a game we had to win," Kenan Sipahi said.

Bogdan Bogdanovic flirted with a triple-double in an 18-point, 7-rebound, 7-assist outing, and also had 5 steals as Serbia defeated Great Britain 82-68. Russia suffered their first defeat, and Latvian fans will be extremely happy to know that Kristaps Porzingis can have a slow day and the team can still win. Porzingis fouled out with 11 points on 3-of-10 shooting from the field, but Janis Timma made up for it with 22 points to lead Latvia to an 84-69 win.

There are still a lot of possibilities still for the final group standings, with Latvia, Serbia and Russia sharing a 3-1 record, while Turkey are at 2-2. 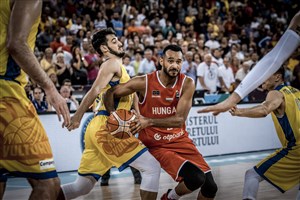 Hungary make it two in a row, book a spot in Round of 16 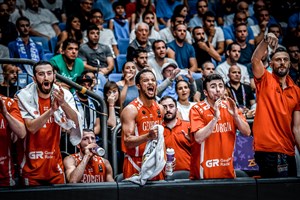