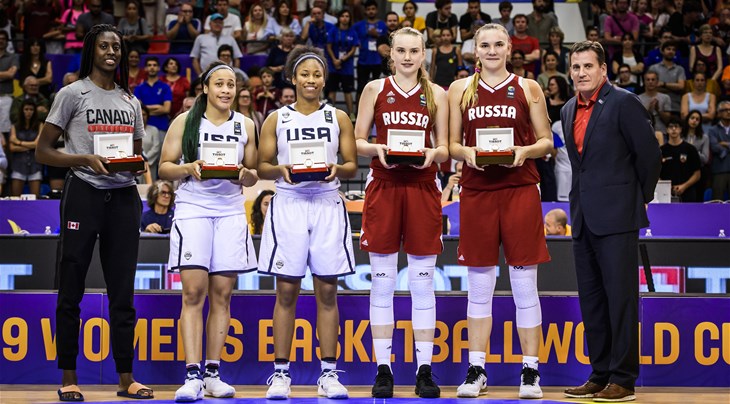 The pair headlined the All-Star Five, as offered by Tissot, with Vadeeva being rewarded for an outstanding tournament that culminated in a 26 points, 18 rebounds, 3 blocks and 2 steals performance in a famous 86-82 Final success against USA.

Vadeeva also led the tournament in efficiency, scoring and rebounding.

Musina was also a potential MVP too after dropped a spectacular 33 points in the title game, while also harvesting 11 rebounds and 7 assists. Both displays were typical of the way the Russian pair have combined from the opening day of the tournament.

The USA's Chennedy Carter took away some consolation for missing out on gold as she was recognized for her play, which included 31 points in the Final. She was joined by her colleague Ty Harris, whose consistency across the competition was a feature of USA's play.

The last place in the All-Star Five was snapped up by one of the youngest players in Udine in the shape of Laeticia Amihere. She dropped a double-double against Japan to propel Canada to their first-ever podium finish in their history.