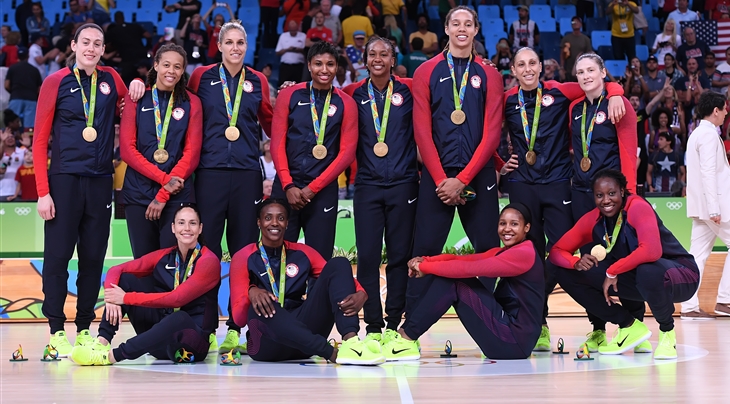 The Americans have finished on the top step of the podium in the competition at every Olympics dating back to the Atlanta Games in 1996.

Geno Auriemma's side led 21-17 to end the first quarter and outscored Spain 28-15 in the pivotal second period for a 49-32 advantage at half-time.

With the momentum clearly on their side, the Americans remained in the ascendancy in the second half for a resounding win.

The Spaniards, appearing in their first-ever Gold Medal Game, played hard throughout but had no way of stopping the offensive firepower of the USA, who scored more than 100 points for the sixth time in eight games. Lucas Mondelo's side did improve on the 103-63 defeat they suffered at the hands of the USA on the third day of the Group Phase.

Turning Point: Spain got within 27-24 on Astou Ndour's three-pointer with 6:54 to go in the second quarter. The USA responded by taking their first double-digit lead of the game, 35-24, when Diana Taurasi connected from beyond the arc on consecutive trips down the court. Maya Moore, who had 9 points in the period, accounted for 6 of the USA's last 14 before the break.

Stats Don't Lie: The USA dominated the boards, out-rebounding Spain 51-28. The Spaniards weren't helped by the fact that their inside pair of Laura Nicholls and Ndour were in foul trouble.

Hero: Lindsay Whalen was relentless in attacking the Spanish defense and had her best offensive outing of the competition with 17 points.

The Bottom Line: This USA team outplayed the competition like few before and can stake a claim to being one of the - if not the - most dominant in quite a while. Spain were heavily beaten but did come away with their best-ever finish at an Olympics and a first medal. 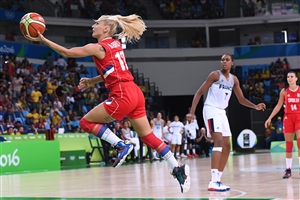 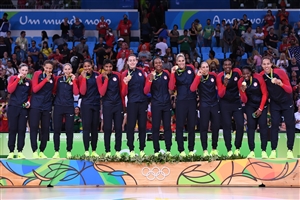