SYDNEY (Australia) - Patty Mills is champing at the bit to play for Australia again.

The veteran guard, speaking to The Pick and Roll, spoke with great enthusiasm as he looked ahead to the Boomers' FIBA Basketball World Cup 2019 campaign in China, where they will compete in arguably the toughest of First Round pools, Group H, with Canada, Lithuania and Senegal.

"I'm excited to get the green and gold on and get everyone back into camp," Mills said. "We can refocus on what we are trying to do, which is create history, so that part is exciting."

The history Mills refers to is a first-ever podium finish at a World Cup.

Australia are one of the powerhouses of international basketball, something they showed at the Rio 2016 Olympics, where they finished fourth. In their first FIBA Asia Cup the following year, Andrej Lemanis' team cruised to the title with convincing wins in all of their games.

"I'M EXCITED TO GET THE GREEN AND GOLD ON AND GET EVERYONE BACK INTO CAMP. WE CAN REFOCUS ON WHAT WE'RE TRYING TO DO, WHICH IS CREATE HISTORY, SO THAT PART IS EXCITING."- Mills

The Boomers were among the best teams in the Asian Qualifiers, too, for the World Cup, and that was with a majority of their leading players not even involved. Many of those that did play in the Qualifiers will be looking to force their way into the World Cup squad.

Australia will be battle-tested before the tournament in China, too, with two warm-up games against a star-studded USA team in Melbourne, and two more against an outstanding Canada side.

#BoomersUSA | @usabasketball head coach Gregg Popovich has expressed his excitement at the size of the crowd that awaits his team when they take on the Boomers at @marvelstadiumau in @Melbourne on August 22 and 24: https://t.co/d0R3L8cvBq #GoBoomers #VisitVictoria pic.twitter.com/xFtFAUolss

"We have four great quality games leading into the World Cup and we have probably never had this level of quality of practice games so that's going to be great," Mills said.

"The time in Australia is going to be great. Getting everyone back together and back into camp will be exciting. In a way, it's going to be a new group, with guys who have never played together before in addition to the core group that is there." 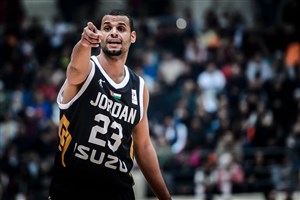 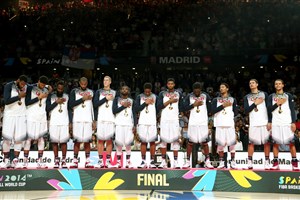