BELGRADE (Serbia) - Serbia look set to contend for a podium finish at a second straight FIBA Basket World Cup with coach Aleksandar Djordjevic having announced on Friday a star-studded 34-man preliminary list of players for the tournament.

The 31-year-old Raduljica knows all about basketball in China, having played for Jiangsu Dragons since 2017.

Serbia were runners-up at the FIBA Basketball World Cup in Spain five years ago after falling to the United States in the Final. They lost to the USA again in the Gold Medal Game of the Rio Olympics while Slovenia beat Serbia in the FIBA EuroBasket 2017 Final.

Djordjevic's men will tip off their training camp on July 21 at the Kopaonik mountain before moving on to Cacak, Zrenjanin and Belgrade for friendly games. They will then travel to Lithuania and Greece for additional preparation games, before flying to China on August 20.

Serbia will compete in Group D with Italy, Angola and the Philippines. A top-two finish would put them in Second Round Group J and they would meet the top two sides from a Group C that is made up of Spain, Tunisia, Puerto Rico and Iran.

The countries that finish first and second in Group J will advance to the Quarter-Finals.

Serbia’s new jersey for the FIBA Basketball World Cup 2019! Back in blue for the first time since 2012! 🔥🇷🇸🎽#FIBAWC #SrbijaGotGame pic.twitter.com/CQ8S45tOxX 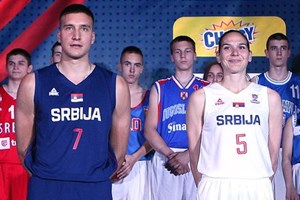 Serbia back in blue after seven years: "Serbian jersey never lost its value"

Gallinari fired up about playing World Cup games in China 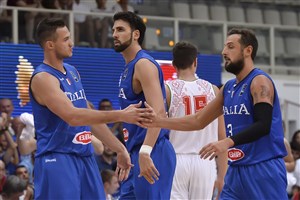