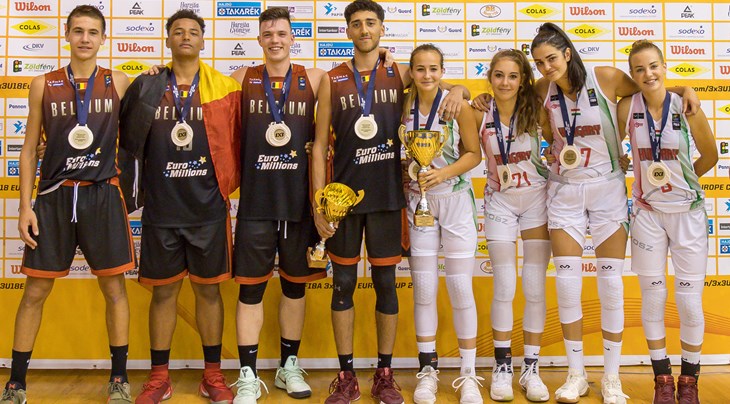 Just two months after claiming gold at the FIBA 3x3 U18 World Cup in Chengdu, China, Belgium completed an impressive double in the Debrecen Sportcentrum after rain prevented the event to continue on the iconic Kossuth Square on the final day of competition.

Just like in China, Belgium dominated the Netherlands in the final (19-13). Sam Hofman had a game-high 8 points and MVP Vincent Peeters added 5. The U18 World Cup MVP Ayoub Nouhi also contributed 5 points, including 2 emphatic dunks.

After scoring an unbelievable game-winner at the buzzer in the semi-finals against France, tournament top scorer Maik Bouwer was limited to just 3 points in the final. He still found a spot on the Team of the Tournament alongside Peeters and Thomas Pottier, who was unstoppable for France in a bronze-medal game win against Spain (21-9).

In the women's category, Hungary brought the spectators to their feet after defeating Russia in the final (12-9).

At just 16 years of age, Hungary rising star Orsolya Toth co-led all scorers in Debrecen and was named MVP of the tournament. She was held to just 3 points but scored a game-changing two-pointer in the last minute of the game.

In the bronze-medal game, the Netherlands defeated the underdogs of the competition, Poland. Poland star Wiktoria Keller was tied with Toth at first place in the scoring charts and joined her and Russia star Yulia Zarubina on the Team of the Tournament.

The Netherlands and Hungary are both members of the FIBA 3x3 Fast Track, an ambitious 3x3 development program created by FIBA to identify and train the future 3x3 Olympians.

FIBA 3x3 events are played on Sport Court's floors with Schelde backstops and Magic Sky canopies, and benefit from Wilson's innovative and specially-made ball for 3x3. 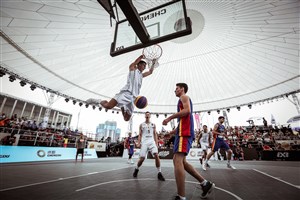