MIAMI (Estados Unidos) – Real Estelí and Libertadores de Querétaro were the biggest winners of the last day of the second stage, as the Nicaraguans defeated Honey Badgers and secured a spot for themselves in the Final 8, and for the Mexican squad. Meanwhile, Group B got even more interesting thanks to a much-needed victory for Minas against Biguá. Here's how the games played out:

Minas snapped out of their recent funk, notching their first win since December 12th after dismantling Biguá, 90-61, Wednesday night in front of their fans at Arena Minas Tenis Clube in Belo Horizonte, Brazil.

The victory kept Group B wide open, as all three squads still have the chance to advance to the Final 8 of the 2022-23 Basketball Champions League Americas.

The Brazilian squad came out firing on all cylinders and led most of the way behind a balanced attack that saw the shoot 49.3 percent from the field.

Shaquille Johnson scored 16 of his 20 points in the first half and finished 8/11 while adding 5 assists.

Minas took a 16-point edge into halftime and essentially put it away by the end of the third quarter, allowing their third stringers to get some extra run (and a 32-7 advantage in bench points) down the stretch.

But before that, Alexey Borges put on a show that saw him come just shy of a triple-double. The versatile point guard finished with 10 points, 7 rebounds and 10 assists.

Minas had a lot of success moving the ball, as seen by their 25 assists on 37 made baskets. They also dominated the boards (56-34) with massive contributions from Felipe Vezaro (12 rebounds), Eden Ewing (8) and Alexandre Paranhos (8).

On the opposite end of the court, Biguá lacked the firepower to keep up outside of Luis Santos, who had another explosive performance.

But the other stalwarts on Diego Cal's squad went silent on Monday. Martín Rojas missed all of his 10 attempts, Donald Sims needed 16 shots to score 16 points and Biguá barely cracked 30 percent from the field (31.9).

The lack of long-distance accuracy was the most extreme symptom, as the Uruguayans made just 2 of their 27 shots from beyond the arc.

The result ensured that no one's fate is sealed. A Biguá win would've allowed Quimsa (3-1) to advance, but that didn't come to pass. The Argentinians still lead the group and remain in the best position to qualify to the Final 8.

Meanwhile, Minas (2-2) is in much better shape now, while Biguá (1-3) now likely needs to sweep both games during the next stage in early February.

Real Estelí may have been the victorious team on Wednesday night, but the game had two clear winners.

The Nicaraguans defeated Honey Badgers, 109-93, at Polideportivo Alexis Argüello in Managua and secured their spot in the Final 8 of the 2022-23 Basketball Champions League Americas, while also doing the same for Libertadores de Querétaro.

The loss also eliminated the Canadian outfit, and they remain the only winless team.

Thomas Robinson had a lot to do with it.

The 7-year NBA veteran put on a personal dunk contest, leading the way with 33 points on 15/24 from the field. He added 13 rebounds.

Robinson scored 19 of them in the first half as Real Estelí established a consistent lead and scored 8 more in the third to break the game open.

The 31-year-old point guard shot 4/9 from beyond the arc and 7/7 at the free throw line, finishing with 27 points on the night.

Rayvonte Rice scored 16 of his 25 points in the second quarter to keep them afloat.

And after going down by 18 points in the third quarter, Sheldon Cassimy's squad cut it down to 12 midway through the final period.

Gelvis Solano (15 points and 4 assists) and Steve Taylor Jr. (17 points and 9 rebounds) led the charge before Real Estelí steadied themselves and close it out.

Heading into the third stage next month, Real Estelí and Libertadores will play their game to determine who will finish first in Group A, while Honey Badgers will try again to notch that elusive first win. 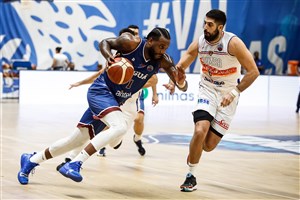 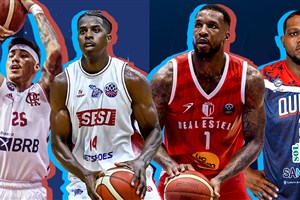 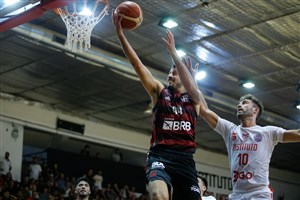 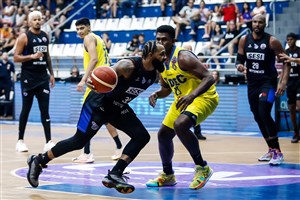 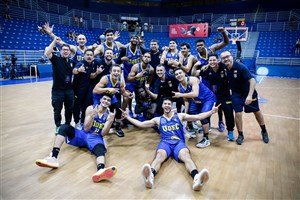