MIAMI (United States) - São Paulo power forward Bruno Caboclo is one of the most talented players participating in the third season of the Basketball Champions League Americas. The 26-year-old Brazilian, with just over six NBA seasons under his belt, decided to return to his country to be closer to home.

This does not mean that he has ended his career abroad, but for now he is enjoying his loved ones and continues to play at a very high level in the NBB of Brazil and in the BCL Americas, the most prestigious league of clubs in the continent.

“The BCLA is a great tournament, of an international level. Every game is going to be tough. I think it is a good challenge and I am very excited to participate again. My first time was when I was 18 years old and to be able to be back here and play is a pleasure,” said Caboclo.

Caboclo has stood out in both competitions, averaging over 17 points and 8 rebounds (20.5 points, 11 boards and 4.5 blocks in the BCLA) and has expressed feeling excited by his experiences in recent months.

The 2.06m tall player admitted he never thought that he would be back home during this stage of his career, but is convinced it was a very good decision.

“This tournament every year is getting better, we have a Canadian team now so it is very exciting, very competitive and we hope to do it very well,” said Caboclo.

For the Sao Paulo native, everything always came very quickly despite the fact that he started a bit late in basketball. He started at the age of 12 because his mother decided to change his sport because he could no longer find soccer shoes that would fit him. But from then on, thanks to his great talent and physical prowess, everything came very quickly.

BCLA had an opportunity to sit down with Caboclo and he talked about his NBA draft experience, getting to play and learn from players he always admired since he was a child, and more. Check it out below: 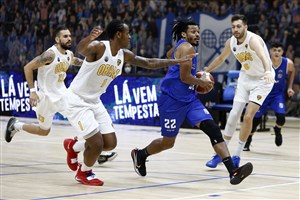 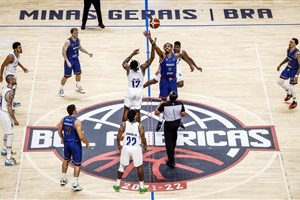 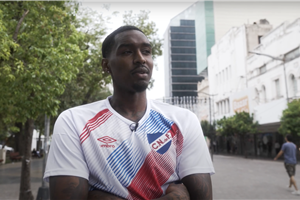