MIAMI (United States) - The 2021-2022 edition of the Basketball Champions League Americas started on Friday with games from Groups B and D and the defending champions Flamengo showed they're serious repeat contenders.

The Brazilians easily handled Boca Juniors in Rio de Janeiro, while Quimsa suffered a bit more to earn their first victory at home.

In front of a lively crowd at the Maracanazinho, Flamengo cruised to a 22-point victory behind stellar performances from faces old and new.

Fan-favorite Olivinha led the way with 18 points and 11 rebounds and his mixture of deft shooting touch and inside scoring was on point.

The veteran wasn't alone though, getting plenty of help from Yago Santos (11 points and six dimes) and newcomer Brandon Robinson.

The forward from Clayton State was one of the key additions to Gustavo Conti's squad and quickly put his array of skills on full display.

A personal 8-0 run to begin the fourth quarter – a deuce plus a pair of long-range bombs – essentially put the game out of reach, giving Flamengo the 22-point lead that they would wind up taking to the final buzzer.

For the Argentinians, it was a disappointing return to international competitions after a 7-year absence.

Gonzalo García's outfit was able to hold an 18-17 lead at the end of the first quarter but could never muster enough offense to keep up with Flamengo's renowned firepower.

Carlos Schattmann, who led the way with 13 points on 5/9 from the field, was their only scorer in double digits. Adrian Boccia added 9 points while Federico Aguerre poured in 8 and captured 6 boards.

Boca Juniors will be back in action on Saturday as they take on Universidad de Concepcion. Flamengo faces the Chileans on Sunday.

The heart of a champion can never be underestimated.

Quimsa, who claimed the first edition of the Basketball Champions League Americas back in 2020, erased a 16-point early deficit to defeat Nacional Friday night in the first match of Group B.

The fans at the Estadio Ciudad in Santiago del Estero were in shocked when the Uruguayans jumped to an 11-0 lead and closed the first quarter ahead by 14, but their loyalty would be rewarded in the second half.

Nacional was led by former NBA wing Quincy Miller, who finished the night with a game-high 24 points and 10 rebounds.

However, Quimsa quickly regained their composure and evened the scoreboard, capitalizing on a streak of missed free throws by the visitors.

And once the stormed pass, it became Brussino Time.

Juan Brussino went off in the second half en route to 18 points on 4/6 from downtown.

The sharpshooter had plenty of help as the Argentinians finished with six different players scoring in double digits.

Eric Anderson Jr., had a double-double with 16 points and 13 rebounds.

Nacional will now look for their first win when they face Sao Paulo on Saturday, while Quimsa will be back in action on Sunday to match up against the Brazilians. 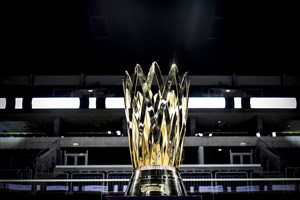 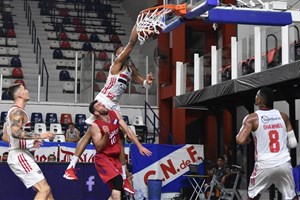