EDMONTON (Canada) - The Canadian Elite Basketball League (CEBL) in partnership with Tourism Calgary announced that the WinSport Arena in Calgary, Alberta will play host to the third window of group stage games of the upcoming Basketball Champions League Americas (BCLA). This marks the first time that Canada will host the best basketball continental league of the Americas represented by 12 teams from seven countries.

The BCLA brings together 12 teams representing seven countries from the Americas, competing over the course of four months to win a berth in the 2023 FIBA International Cup, one of professional basketball’s most prestigious international competitions.

The competition window hosted by Canada will begin March 14 when the Edmonton Stingers take on Cangrejeros. The two visiting teams, Real Estelí and Cangrejeros will then face each other March 15, while the Stingers play Real Estelí on March 16. All games will tip off at 7:30 PM local time at WinSport Arena.

Fans are encouraged to take advantage of a 25% discount on game tickets as Tournament Packs are now on sale for as low as $78 for all three games. Tickets can be purchased via this link.

"With Canada being a first-time participant in the BCLAs, I am excited to have this major international professional basketball event come to Calgary. When it became evident that the Stingers homecourt in Edmonton wouldn’t be available in March, our first call was to WinSport Arena, which has an outstanding reputation for staging premier international sports events. Calgary has been a strong basketball market for a long time, and this will be a unique basketball event. While this competition will be different in style from what CEBL fans are accustomed to, we have received expressions of interest from groups in Calgary about an expansion franchise. It’s a market we are interested in and this event will give us a chance to get to know the people of Calgary better." Mike Morreale, Commissioner and Chief Executive Officer, CEBL.

The CEBL also announced that all six BCLA group stage games featuring the Edmonton Stingers as well as all BCLA games hosted in Canada will be live streamed internationally for free on CEBL's OTT platform, CEBL+. Games will also be available to stream live in Canada via cbcsports.ca, the CBC Sports app for iOS and Android devices, and the free CBC Gem streaming service.

The BCLA begins with Edmonton traveling to Nicaragua to begin pool play December 13. The full schedule can be found here.

The BCLA features 12 teams representing seven countries across the Americas, including Quimsa, Boca Jrs and Obras from Argentina, São Paulo, Minas, and returning champion Flamengo from Brazil, Bigua, and Nacional from Uruguay, UdeC from Chile, Cangrejeros from Puerto Rico, season two runner-up Real Estelí from Nicaragua, and the Edmonton Stingers. The Stingers earned the right to represent Canada by virtue of winning the 2021 CEBL Championship. Each of the 12 teams will host games during the group stage. The Stingers were assigned to Group A along with Real Estelí from Nicaragua, and Cangrejeros from Puerto Rico.

"Calgary is thrilled to welcome the 2022 Basketball Champions League Americas to our city this upcoming March. This is the first time Canada will host the BCL Americas, presenting a unique opportunity to bring a high caliber event to the city for our local basketball fans while we showcase Calgary to athletes, coaches, and spectators from across the country and around the world. This event will deliver support in the recovery of our tourism industry by injecting an estimated $2.4 million into our visitor economy." Carson Ackroyd, Senior Vice President of Sales with Tourism Calgary. 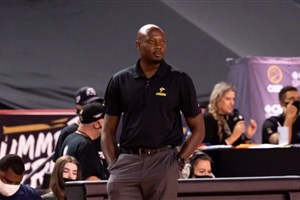 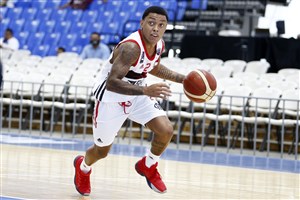