MIAMI (United States) – Bruno Mortari came into the coaching profession honestly. He followed in the footsteps of his father, Cláudio Mortari.

On October 6, 1979, Sirio was the first Brazilian team to win the Intercontinental Cup. Cláudio Mortari was the young coach of the champion team. Márcia, his wife, was in the sixth month of her second pregnancy. The couple's first child, Claudinho, was a baby.

On January 2, 1980, Bruno Mortari was born. The Basketball Champions League Americas 2021-2022 champion coach of São Paulo, Bruno was Cláudio's successor at the helm of the historic team. 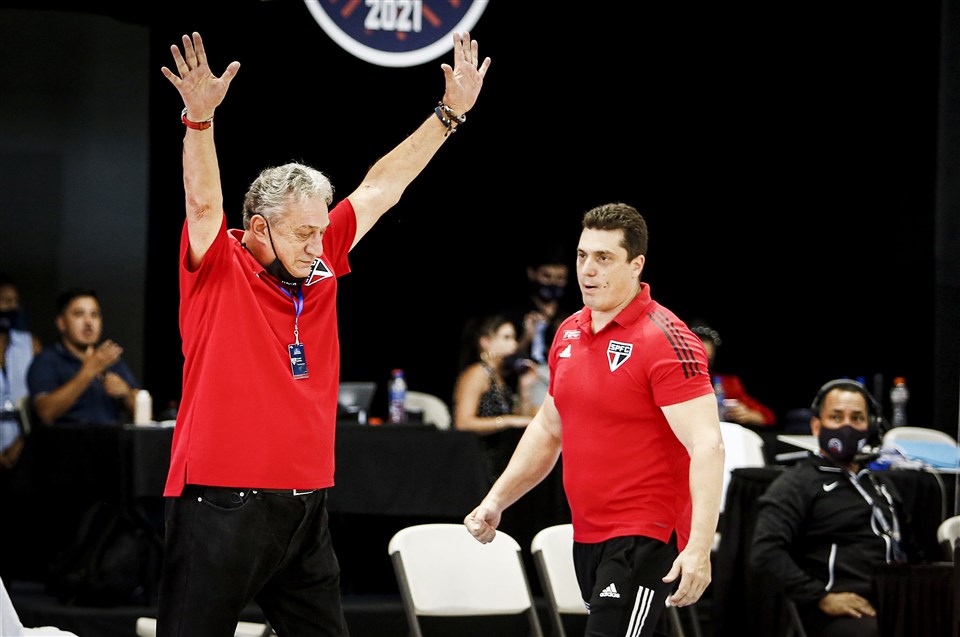 San Pablo, a club recognized for its tradition and its successes in soccer, resumed basketball activity in 2018 after many years off. Since then, they have risen to the top of the very competitive NBB in Brazil and have established themselves as a strong competitor at the national level and conquered continental club competition by beating Biguá from Uruguay in the BCLA final.

“It was a very big step for us because we got the title of the most important tournament,” Bruno Mortari said. “We are a team that was formed a short time ago and this victory is proof of the very good work we have been doing.”

At 42 years old, Bruno is a young coach who has already managed to lift an international cup. To convey his ideas to the squad he collaborated with some players very close to his own age.

It helps me a lot to have several experienced players on the team. They are hungry for victories. That makes them train with intensity, and they relay to me what they see on the court to find the best for the team. Marquinhos, 37 years old, Shamell, 41, and Tyrone, 34, contribute a lot as leaders on and off the floor.”

Bruno Mortari's career as a player was solid. He wore the jersey of Pinheiros between 2008 and 2015 averaging 3.9 points per game in his most productive season.

“I had a normal career, I was a mid-level player, tough and always had a good understanding of the game. I always looked for the best option on every play and watched the more experienced players to see what differentiated them from the rest. In 2013 I injured my fist, had surgery and spent many games on the bench in which I helped relay my experience. Not as an assistant coach of course but from a player’s point of view. Then, I realized that I could have a future as a coach,” remembers the technical director of San Pablo. 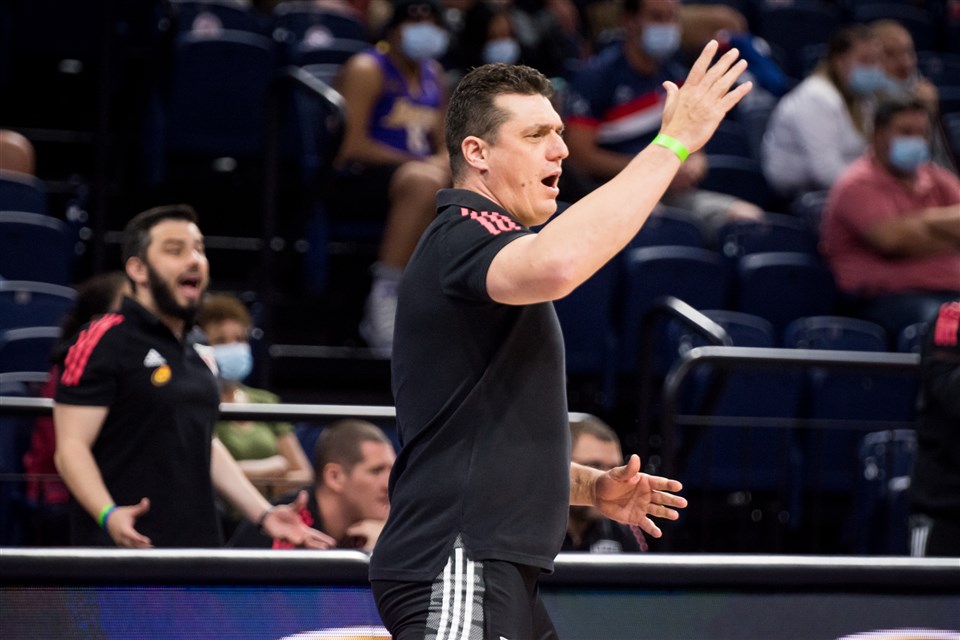 That experience practically set the wheels in motion and was the start of Bruno's career as a coach.

“During my last year as a Pinheiros player, in 2015, I helped in practice. That was my first step. In 2018, when São Paulo began the process of putting together a team, my father took over as technical director and I came on as assistant. From there, I made my way as an assistant, I learned a lot until I got the opportunity to be a head coach.”

San Pablo's technical director had early success and attributes this to his experience as a player and the relationships he has been able to build through common experiences.

I have a good relationship with the players, and I find a mix between our teams best offensive potential and defensive intensity. Our goal is to score between 80 and 90-points per game while giving up no more than 70. I instill in my players that defense is important and then I look for them to take advantage of all their possibilities as we execute on the court.”

Cláudio Mortari, who won his fifth international title as a coach in the 2013 edition of the Liga de las Américas with Pinheiros, agrees with his youngest son on the importance of the bond with the players, saying that regardless of technical knowledge, the relationship with athletes is what makes the difference. Managing a group of people well is a fundamental factor for leading a team.

Bruno had his father Claudio as a coach at Pinheiros and he was also his assistant at São Paulo. It is clear that the two are one and the apple did not fall far from the tree.

My role model coach is my father. He had a brilliant career and, like me, he won an important title at the beginning, such as the Intercontinental Cup with Sirio. He won championships with different clubs and that is a very difficult thing to do. He always put together teams that he later led to become champions and from there to another place with the same goals and the same achievements. That ability to reinvent yourself is something I want for my career. This is my third year in São Paulo and I have been fortunate to have had three different teams with whom we always fought for the top of the table.”

Cláudio has no doubts when considering what the job of a technical director should be like:

“The talent of the players is above all else. Enabling athletes to develop their game is essential. A team is the sum of individual capacities in search of something greater, a collective objective. Directing varies according to each personality, but the transcendental is knowing that a group leader is successful if he manages to be understood by his players.”

“He let his players play loose, to have initiative, he gave them freedom, he let them flow. I learned that and I try to do it in my teams to get the best out of each player. What makes us different is that I am much calmer. I direct more calmly. I'm positive, I always think that everything will turn out fine, while he didn’t always." 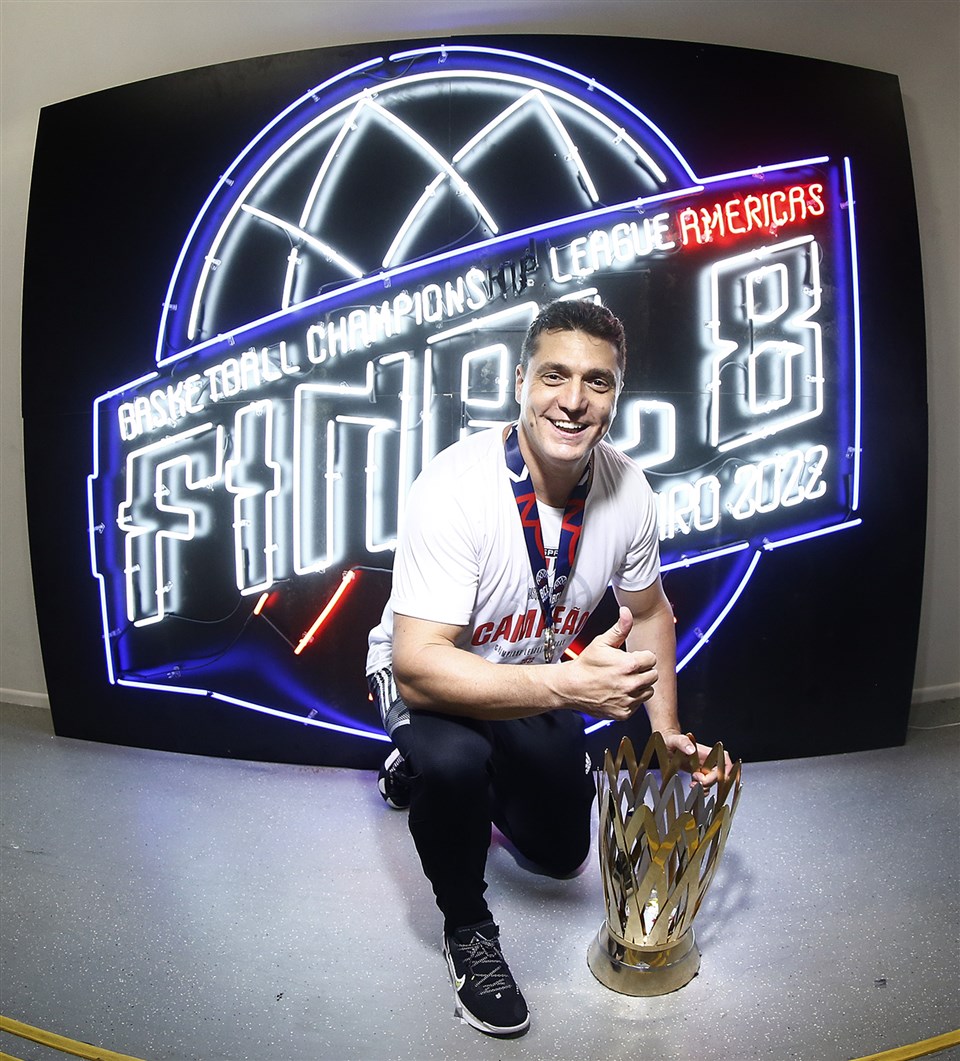 Bruno dedicates his life to the sport he loves:

“I spend 23-hours thinking about basketball. I have the next game in my head, I see other teams, also other competitions like the NBA. If we have a family reunion, we talk about basketball. Since I was a child, most of my time was spent related to basketball and it will continue to be so for a long time to come.

The São Paulo coach knows where his sights are set next.

“I would like to manage the Brazilian team. It would be something very nice. That is one of my highest career goals.”

Bruno Mortari inherited from his father Claudio the passion for basketball and for leading groups of players who want to win titles. He also dreams of having a similar career and so far, so good. 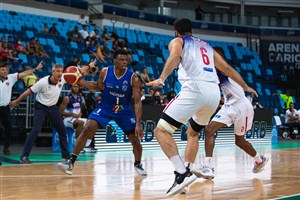