MANAGUA (Nicaragua) - With home court advantage on their side, Real Esteli edged out Minas 98-95 in an offensive slugfest to advance to the BCLAmericas final for the first time in club history.

Jezreel De Jesus was basically unstoppable during group play, and picked up right where he left off in the semifinal matchup. The guard led the way for the Nicaraguan basketball club, as he posted 29 points on 50 percent shooting while dishing out a game-high 11 assists.

While De Jesus was on another level and the remainder of Real Esteli’s “Big Three” shined with Renaldo Balkman and Javier Mojica combining for 34 points, it was Alexander Franklin’s contributions that made the biggest difference.

Franklin – who scored 0 points on 0-of-6 shooting in the quarterfinals vs. Sesi Franca – put up 21 points, including four 3-pointers, on Sunday. His ability to prove his skillset beyond Real Esteli’s regular scoring contributions spoke for itself, but his shooting and efficiency provided more floor spacing for the rest of the roster and in turn, changed the dynamic of their offensive system.

Minas also had a productive offensive game with David Jackson (23 points) and David Nesbitt (21 points) shining bright, but their lack of ball security and inability to limit Real Esteli’s speed and athleticism in transition was a major concern.

Minas was beaten at their own game as they turned the ball over 19 times with many of them coming in the live turnover form. That led to 27 points off turnovers for Real Esteli and a difference of eight fast break points.

While Minas tried to close the gap late in the game and only lost by three, they never seemed to have the true firepower that De Jesus, Balkman, Mojica and Franklin brought to the table. 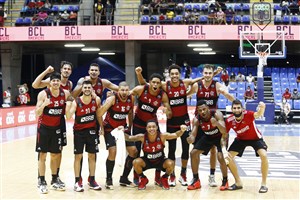 Flamengo heads back to BCLAmericas Final after offense shines vs. Sao Paulo