MANAGUA (Nicaragua) - Despite a valiant effort and comeback in the second half from Real Esteli, Flamengo held off the hometown team 84-80 to win the BCLAmericas final and redeem themselves for last year’s championship loss to Quimsa.

As they have throughout the tournament, Flamengo flexed their balance and experience. Rafael Hettsheimeir (21 points and seven rebounds) was dominant and at times unstoppable on the interior, and the team’s leading scorer Marquinhos Sousa dropped 15 points. Yago Santos and Lucas Martinez combined to shoot only 9-of-30 from the field, however, their contributions with playmaking and 3-point shooting, respectively, were critical.

Flamengo captured their first BCLAmericas championship, but earning the trophy was anything but easy for the Brazilian squad. After leading by as many 14 points and for a total of over 30 minutes, Real Esteli battled back in the fourth quarter and actually took a one-point lead with less than four minutes remaining. Javier Mojica (16 points) and Renaldo Balkman (13 points) came alive after a slow start with 3’s, monster dunks and clutch playmaking.

But again, it was Flamengo’s veteran experience and familiarity with the stakes that helped them squeeze out the win. They also used their calling – a special defense -- by shutting down Real Esteli’s top talent and one of the best players in the entire event in Jezreel De Jesus.
De Jesus scored 16 points in the opening quarter before being held to just seven points the rest of the way. Flamengo threw different bodies his way, tried to contain him with length and athleticism and always limited his easy looks. Even though Balkman and Mojica were able to find their rhythm from there, Real Esteli was never able to get all three clicking at the same time.

The wild crowd in Nicaragua helped will Real Esteli to a quick start as they were draining 3’s and held a one-point lead at the end of the first quarter. However, they completely lost their steam offensively in the second quarter thanks to adjustments and elite defense from Flamengo.

To add to how crisp Flamengo was after that first period – and at times in the fourth – they only turned the ball over eight times offensively and had 22 assists of 27 made fields. That is remarkable ball security and chemistry, something that Real Esteli is still clearly working on for a club that was just formed in 2019.

Overall, though, while they came up short, this was a marvelous campaign for a new club like Real Esteli. Their success brought out a massive crowd for the title game and they nearly pulled off a big upset behind the likes of three exciting talents. It just wasn’t meant to be with Flamengo having the extra edge and momentum that finally gave them the right to cut down the nets. 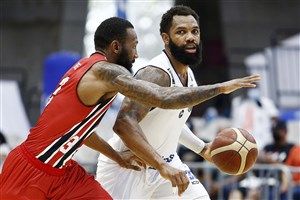 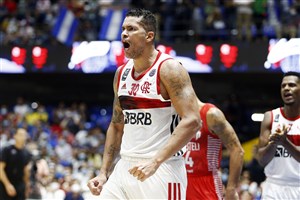 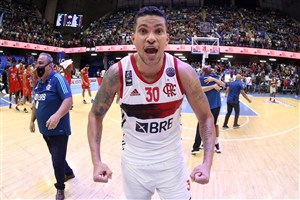