France have already locked up their ticket to the World Cup in Asia later this year so Collet has selected on his roster six players born in the new millennium - including the 2004-born Wembanyama.

Collet will have to be patient with his team this window as only three players have more than 10 national team appearances in Andrew Albicy, Paul Lacombe and Terry Tarpey - and the six aforementioned youngsters combine for just nine games. The Mega Belgrade talent Cazalon, in fact, would make his senior team debut as would the 25-year-old Bodian Massa of SIG Strasbourg and 30-year-old Pierre Pelos of JL Bourg-en-Bresse.

But the team composition also provides the opportunity for a couple of players to give Collet a lasting impression ahead of his difficult choice for a final roster for the World Cup. Sylvain Francisco has only four caps with France but he went 5-of-5 on three-pointers in scoring a team-high 21 points in France's 90-65 win at Lithuania in November, while Damien Inglis averaged 13. 0 points and 6.5 rebounds in his only two games for France so far.

Despite already being qualified for the World Cup, France's games in February still hold major meaning as first place is still at stake in Group K, where France and Lithuania are even at 8-2. They stand a big chance of staying ahead of Lithuania though since Les Bleus won by 25 points in the previous window. 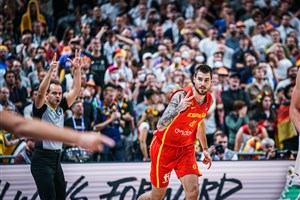 Juancho Hernangomez: 'EuroBasket 2022 a tournament we'll remember for the rest of our lives'

Sabonis: ''The World Cup is going to be very exciting'' 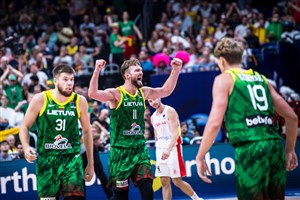 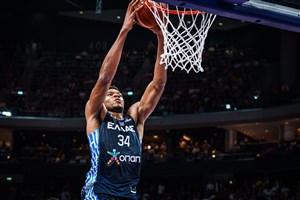 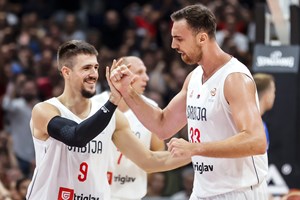 Race to the World Cup: Who will be next to qualify in Europe? 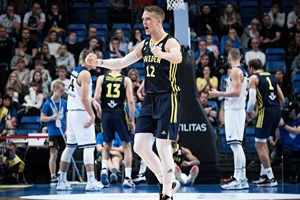 Scoring title, all-time leaders and more numbers to watch in the European Qualifiers